Calgary vs Columbus: the Flames are Unstoppable Now 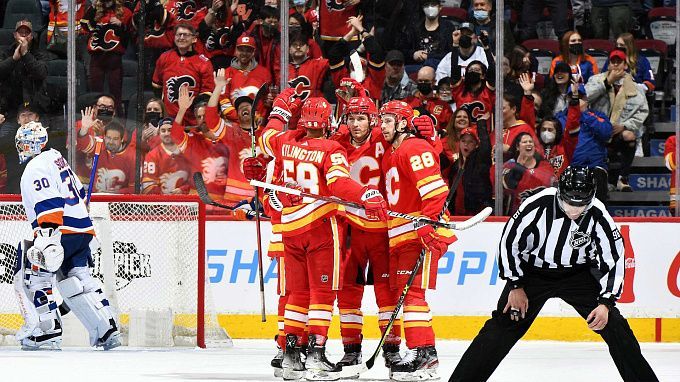 Prediction for the NHL Calgary vs Columbus match, which will take place on February 16. Check the teams’ conditions and expert betting tips. Several betting options are available!

After the break, Calgary never ceases to amaze. First, it showed domination over its main competitor in the Pacific division - Vegas, defeating it by shutout with a score of 6:0. Then there is a confident victory over Toronto by three pucks. In the last game, the Flames, without any problems, took points away from the Islanders (5:2). If Calgary again earns two points, it will rise above all clubs in its division.

Columbus did not do their best in their last meeting. It met with humble Montreal and managed to outscore it only 2:1. Moreover, the Jackets scored the winning puck eight seconds before the end of the game. Still, Columbus gained two points to its lead, narrowing the gap between them and fourth-ranked Washington to 14 points.

The Calgary machine has gained momentum. We doubt that Columbus, which could barely beat the weakest team in the NHL (Montreal), will stop it. The Flames defeated the Blue Jackets away in 2022, scoring six unanswered goals. We think that this time Calgary's advantage will be noticeable. Prediction: Calgary wins with a handicap (-1).