Calgary vs Dallas: the Flames to Claim Their Second Win in a Row 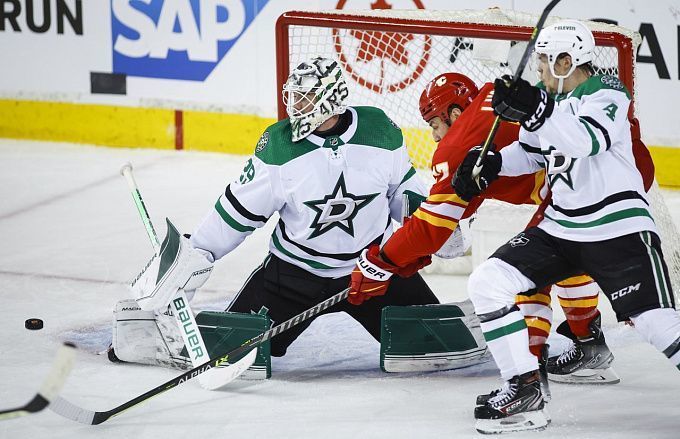 Prediction for the NHL Calgary vs Dallas match, which will take place on May 12. Check the team conditions! Several betting options are available.

Calgary started the series with a casual win (1:0). However, in two games the Flames lost quite unexpectedly - 0:2 and 2:4. But in the last game they managed to thrash Dallas by the standards of this series - a 4:1 victory. Now the score is 2:2 and the upcoming match is extremely important, because the team that loses will no longer have the room for error.

Few expected such results against a top-3 team in the West in the regular season. Nevertheless, from the very first game, the Stars made it clear that Calgary would not have an easy walk. And if Dallas had picked up a fourth game, there would have been little doubt that they would advance to the next round of the playoffs. But they lost, so psychologically it will be tougher now.

On the eve of the series start, Calgary was quoted as the clear favorite, but messed up in the second and third games. Fortunately for the team's fans, they managed to pull themselves together and evened the score. Now the psychological advantage is on the Flames' side, and they will play at home. It is high time to prove the favorite's status as meanwhile they can not be called the obvious contenders for the Stanley Cup.

We believe that Calgary will take the lead in the series with their second win. The Flames should outclass Dallas, because they are expected in the next round of the playoffs. We'll take a win for the home team at the regular time.