Calgary vs Nashville: The Predators will fight against the Western Conference leaders, but will they win? 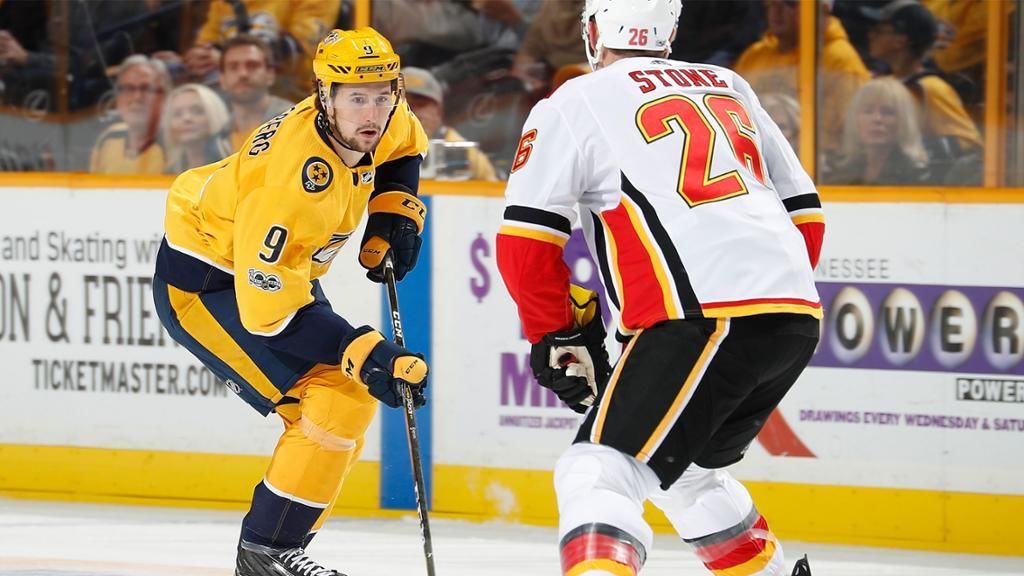 Darryl Sutter's Calgary has been on a great run, winning six straight games. Will they try to stop Nashville, visiting the Flames on the next game day? Will the Predators be able to claim victory in Calgary? Let's pick a few options to bet on at once.

Calgary are among the Stanley Cup contenders

The Flames' winning streak leaves no choice. Darryl Sutter's team is forcing talk of themselves as one of the top favourites of the season. Calgary recently won five away games in a row, and back home, they've already managed to rattle Philadelphia 4-0. With a 6-1-1 balance, Calgary lead the Western Conference standings.

The Flames have everything they need to stay the course in the league. They have a balanced roster with, for example, Sean Monahan and Milan Lucic playing in the 4th position and Dillon Dube and Andrew Mangiapane in the 3rd position. An experienced coach who's already won the Stanley Cup. In goal is Jacob Markström, a non-stellar but very experienced goalie who is spending his 12th season in the NHL. At this point, Calgary appear to be a team with almost no weaknesses.

Nashville also have a winning streak

The Predators are a team that has not been a serious force in the NHL in recent seasons. However, in individual games, especially in the regular season, Nashville can produce high-quality hockey. John Hynes's team is on the road for Calgary with three such games in a row. First, Predators beat away Minnesota 5-2, then dealt 3-1 at home with San Jose and, at last, also on home ice, outplayed New York Islanders in a shootout series. A great stretch, although Nashville had lost 4 out of 5 games before the start of the winning streak.

Nashville made a good run, defeated the New York Islanders, and can easily stop Calgary. After a successful play, the Flames should be a bit tired and lose their guard. Still, it's unlikely that the Predators can beat a powerful opponent in regulation time. Even inattentive Calgary appear to be a serious force this season. In general, we take a double chance for the home team. Defensively, both teams have been great lately.