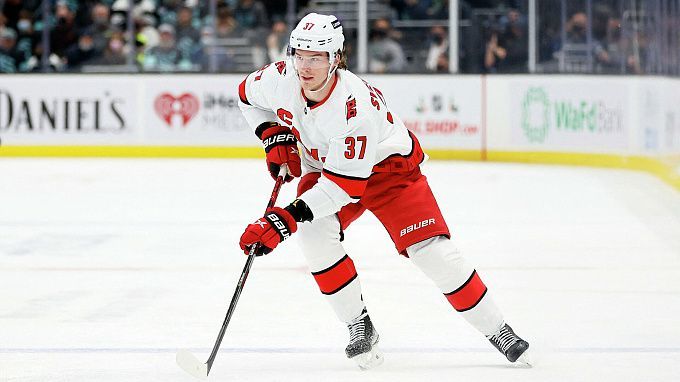 Prediction for the NHL Carolina Hurricanes vs Los Angeles Kings match, which will take place on December 19. Check the team conditions and choose several betting options.

Carolina is at the top of the standings in the Metropolitan Division standings. However, the second-placed Rangers and third-placed Washington don't allow the Hurricanes to live in peace. All competitors have the same number of points - 41. Carolina needs to score as many points as possible and hope that their opponents will make a mistake.

In their last five games, the Hurricanes won four games and had one defeat. At first, the team had a three-game winning streak (4:2 over Winnipeg, 2:1 including overtime over Calgary, and 3:1 over Edmonton), but Vancouver (1:2) interfered in their fate. In the last meeting, the Hurricanes won again, beating Detroit by two goals (5:3).

Los Angeles has not been very productive in away games: two wins, three defeats, 13 goals scored, and 12 conceded. As for the team's position in the tables, they are in tenth place in the Western Conference and in fifth place in the Pacific Division, three points away from the playoff zone. The last time they played, Los Angeles beat Florida (4:1) on the road.

In this matchup, we'll give preference to the home team. Carolina is in the race for the lead, and they clearly do not intend to lose points now, especially playing in their home arena, where they show excellent play both in offense and defense (40:24). We think the Hurricanes will make their fans proud of the number of goals they've scored. Prediction: Individual Total 1 Over (2.5).