Carolina Hurricanes vs New York Islanders: Expect a Total Under 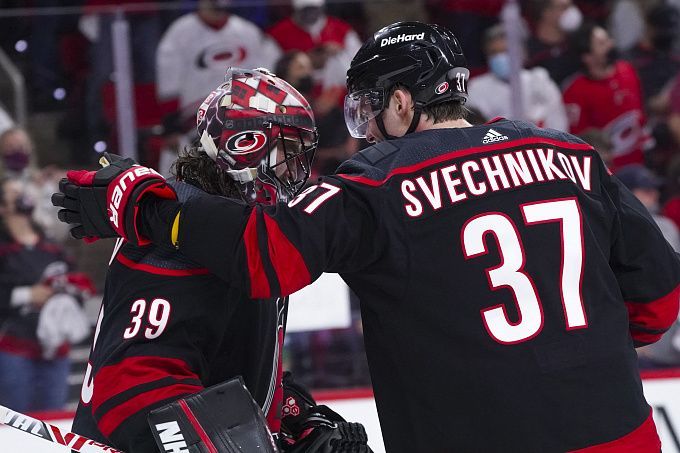 Prediction for the NHL Carolina Hurricanes vs New York Islanders match, which will take place on April 9. Check the team conditions and choose several betting options.

While the Islanders continue their desperate attempts to catch up with Washington and make the playoffs, the Hurricanes have already solved their main task. Rod Brind'Amore's team will definitely be in the Stanley Cup. Carolina is in second place, four points behind Florida, who leads the standings in the East.

Ahead of the meeting, Carolina played a paired game with Buffalo. First, they lost on the road (2:4), but then took revenge at home (5:3).

The Islanders have little chance of making the playoffs this season. They are 13 points behind eighth-ranked Washington in the East. However, you can't underestimate a team that has only lost to Tampa Bay two years in a row.

The Islanders failed to win their last game, losing on the road to Dallas (2:3). Before the trip to Texas, the team had won four in a row.

New York is finally on a winning streak at the end of the season. The Islanders have 4 wins in their last 5 games and 11 wins in their last 16 games. You shouldn't bet on the Islanders not losing to Carolina either. In the first game against Buffalo, Antti Raanta played in the Hurricanes' gate, so the main goalie Frederik Andersen is likely to be out for this game.

The winner here is hard to predict, but the defensive play of both teams leans towards a total under.