Carolina vs Arizona: the Hurricanes to win for the 8th time in a row 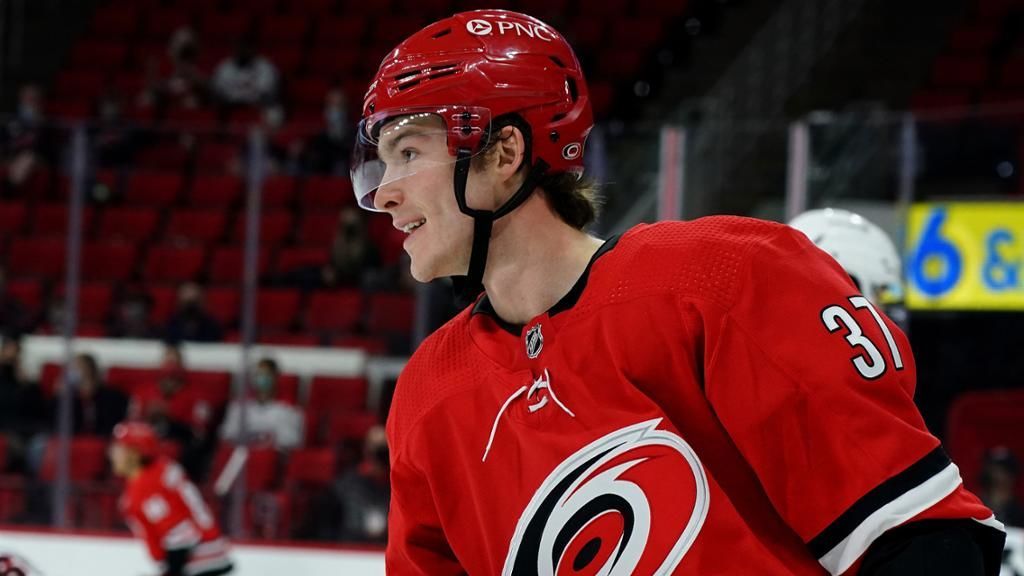 Sunday night will see Andrei Svechnikov's Carolina play another match. The Hurricanes will face the league's weakest team at the moment, the Arizona Coyotes. That means there's a good chance to see Svechnikov's hockey in all its glory.

Carolina has a seven-match winning streak

The Hurricanes did not allow their opponents to even claim a draw in regulation time in any of their opening games. Carolina ended the game in 60 minutes without an alternative. Rod Brind'Amour's team made a serious bid for a very successful season. All the more so because the Hurricanes' calendar during this stretch was by no means easy. New York Islanders at home; then an away series with Nashville, Montreal, and Columbus; and then a home series with Toronto, Boston, and Chicago. Seven wins in regulation time with a total goal difference of 31-11 – how can one doubt Carolina's level, ambitions, and prospects?

Andrei Svechnikov has played a huge role in Carolina's success. The Russian leads the team in scoring with 11 points (7 goals and 4 assists). There are only McDavid and Draisaitl, Ovechkin and Kuznetsov, Steven Stamkos and Kyle Connor who have scored more than Svechnikov in the NHL so far. Even Rod Brind'Amour did not hold out, breaking down the newly assembled first unit of Aho, Teravainen, and Kotkaniemi, and returning Andrei Svechnikov from the second combination with Necas and Trocheck to his usual partners, Aho and Teravainen.

Meanwhile, Arizona has yet to win

While Carolina has won seven straight regular-season games since the start of the season, the Coyotes have an eight-match losing streak. Andre Tourigny's team has only 1 point won in Buffalo, where the Coyotes managed to take a shootout lead against the Sabres.

What's going on in Arizona right now isn't surprising at all and only shows how big of an impact coach Rick Tocchet was for the Coyotes. Goaltender Darcy Kuemper, the second key to the Coyotes' success in past seasons, should also be highlighted. To think that this team made the playoffs with Tocchet and Kuemper! It was only two years ago.

Carolina has beaten Arizona in 5 of the last 6 matches.

At some point, Arizona is bound to break its disastrous streak and get its first win of the season. Carolina is also bound to lose for the first time someday. But it doesn't look like both streaks will be broken in the upcoming game. It's easier for Carolina to beat Arizona than it is to lose to a really weak Andre Tourigny’s team so far. Andrei Svechnikov and numerous Finns simply have to produce a high-level game.

Prediction: Carolina will prove their status as a favorite.