Carolina vs Boston: the Hurricanes to Start the Playoffs with a Victory 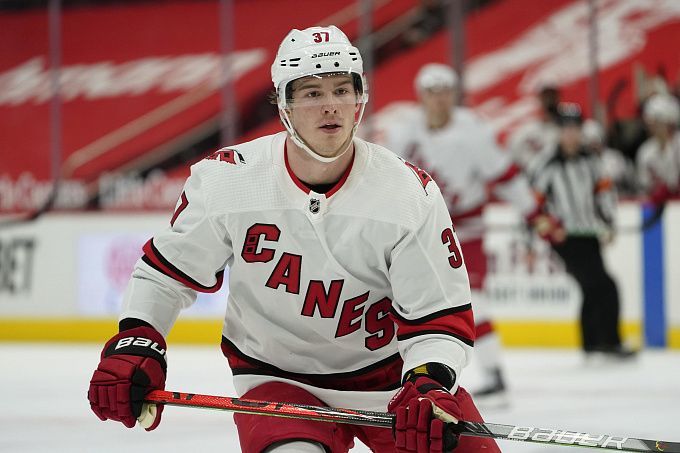 On May 3, 2022, the American city of Raleigh will host Boston in the first game of the Eastern Conference quarterfinals of the Stanley Cup, when local Carolina will play with the opponent at the P.C. Arena.

Carolina had a solid regular season. From the beginning Rod Brind'Amour's wards showed good results and for a long time they even led in the East, but in the spring they made mistakes, so their position slightly deteriorated. Fortunately, the Hurricanes approach the cup battles in great shape, as evidenced by their current six-match winning streak. Not all of their opponents were tough but that's hardly the problem for the Red and Blacks. Carolina's strong run at the end of the season allowed to finish in second place in the Eastern Conference standings.

For Boston, the season ended noticeably worse. Only at the end of the smooth part Bruce Cassidy's squad still produce a good run, which allowed them to get into the playoff zone. Before, the Bruins had serious playing issues that left them on the brink of the top-8, although in recent years we've grown accustomed to the Black and Yellow having a battle only for the top spots. Nevertheless, in their last eight meetings, Boston has six wins and two losses, so they finished in sixth place in the Eastern Conference standings, which isn't too bad.

The regular season ended up differently for Carolina and Boston. Rod Brind'Amour's young and ambitious team managed to go through such a long 82-match distance more evenly and successfully than the more experienced Bears. The statistics of personal meetings between the opponents is particularly noteworthy, as all three ties were won by the Hurricanes, and each time they won comfortably - 3:0, 7:1 and 6:0.

Carolina and Boston are two teams that play very good defense. The Bruins have allowed too much to the Hurricanes in their head-to-head encounters, but they will be much more reliable in the playoffs. In just 82 games, the Red and Blacks have conceded just 200 pucks (2.44 average per game) while the Black and Yellow have 218 goals on the road over a similar distance (2.66 average per game).

Vincent Trochek is one of Carolina's shadow leaders. The American forward does not play in the first lineup of the Hurricanes, but that does not stop him from having a solid statistic for the second season. He earned 51 points (21 goals + 30 assists) which puts him in the top-3 scorers for the team. Obviously, the 28-year-old hockey player is in good shape now.