Carolina vs Nashville: Andrei Svechnikov's Hurricanes to beat the Predators for the 4th time in a row 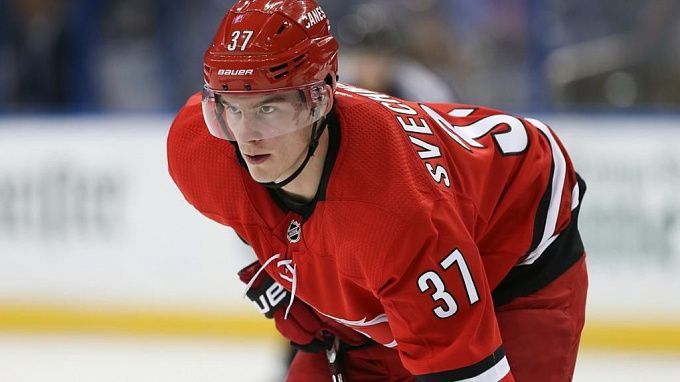 Carolina has lost four of the last five games, and Nashville has three straight losses. Who will be able to improve their stats in the upcoming head-to-head encounter? Let's pick a few options to bet on at once.

Carolina missed out on a win in the last game

The Hurricanes hosted Florida. The Panthers were playing their first match after the All-Star Game break, which means there was no way they were close to their optimum condition. Carolina took the lead twice, but both times their opponent managed to come back – the second time just 49 seconds before the final siren. In overtime, their opponent, which had gained a psychological advantage, managed to pull out a win. 2-3 – Carolina scored 1 point, but lost to Florida for the third time this season. A wake-up call for the Hurricanes, given that a playoff meeting with the Panthers is very likely to happen.

After the championship break, Carolina has four losses in five games. Rod Brind'Amour's team lost to Minnesota, Toronto and even Ottawa. Still, they beat Boston 6-0 at the TD Garden. Overall, the Hurricanes have 32 wins in 47 games since the season began. The team from Raleigh ranks as high as fourth in the Eastern Conference standings.

Nashville has lost the game rhythm

While Carolina has one win, and a blowout one, Nashville has seen only losses after the All-Star Game break. What's more, John Hynes' team hasn't scored a single point in three games. First, the Predators expectedly lost 3-4 on the road to Dallas. Then, after leading 2-0 against Winnipeg in the home match, the Predators were constantly fouled. As a result, the Jets scored three power-play goals and Nashville lost 2-5. The failure in the next game, again at home against Washington 1-4, was more likely the result of the matchup with Winnipeg. It's hard to cope with such defeats.

Three straight losses noticeably worsened the Predators' standing in the standings. The team dropped to sixth place in the Western Conference standings and fourth in the Central Division. It took only 2 or 3 bad games to throw Nashville out of the playoff zone. It looks like a team that climbed to the top of the West in the first half of the season should not have been overrated. Nashville still has an uphill battle to even make the postseason.

The rivals have met each other at the very beginning of the regular season. In Nashville, Carolina won with a score of 3-2.

Last season, the Hurricanes and the Predators met in the first round of the playoffs. Carolina closed the series in six games.

It is very important for Nashville to score points in the upcoming game. Otherwise, the team could get stuck in an emotional hole and complicate their life in the final stretch of the regular season. At the same time, the Predators are bound to find it hard to get at least a draw in Raleigh. If Carolina had kept the winning score in the last game with Florida, they would not be so careful facing Nashville. Now the team with the best defense in the league will be as focused as possible and probably will outplay the Predators, who lost faith in success, even in regular time.

Prediction: Carolina will be closer to winning the low-scoring match. Goaltenders Saros and Andersen are among the league's top stars right now, so there aren't likely to be many goals scored.

Ariane Lipski vs Priscila Cachoeira Prediction: Expecting the Queen of Violence to Triumph