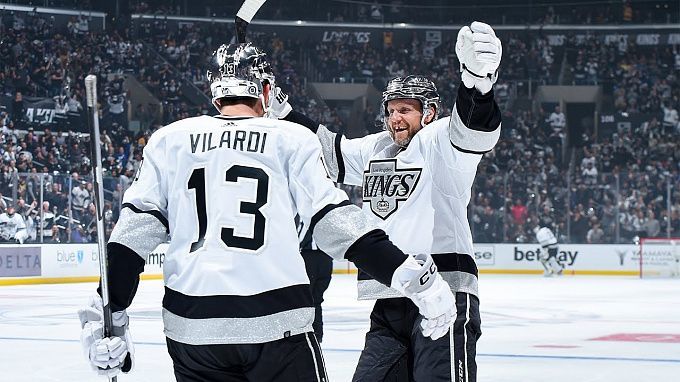 Chicago Blackhawks will take on Los Angeles Kings on November 4. The meeting is scheduled to start at 03:30 (UTC+3). Let’s see how it goes!

Chicago started the season pretty well for their level. So, the Blackhawks first lost in two meetings, then had four straight wins, and now they are on a four-match losing streak. Last game, the team lost to the Islanders 1-3. In total, Chicago has ten points, sitting fourth in the Central Division.

Los Angeles, in turn, has had a pretty mediocre start to the current campaign. The Kings recorded six wins and six losses. They could obviously do better. Moreover, in their last matches, Los Angeles beat Toronto (4-2) and St. Louis (5-1), but then lost to Dallas (2-5). As for the team's position in the Pacific Division standings, they are fourth with 12 points.

Bookmakers believe that Los Angeles has a better chance to win this meeting, and it is hard to disagree with them. The Kings look relatively good lately – they beat strong Toronto and St. Louis. That's not the case for Chicago, which has lost four of the last four games. We think the home team's losing streak will continue. We'll take the win for the visitors, including overtime and shootouts.