Chicago vs Carolina: Fleury to make life difficult for Aho and Svechnikov and Andersen for Kane and Toews 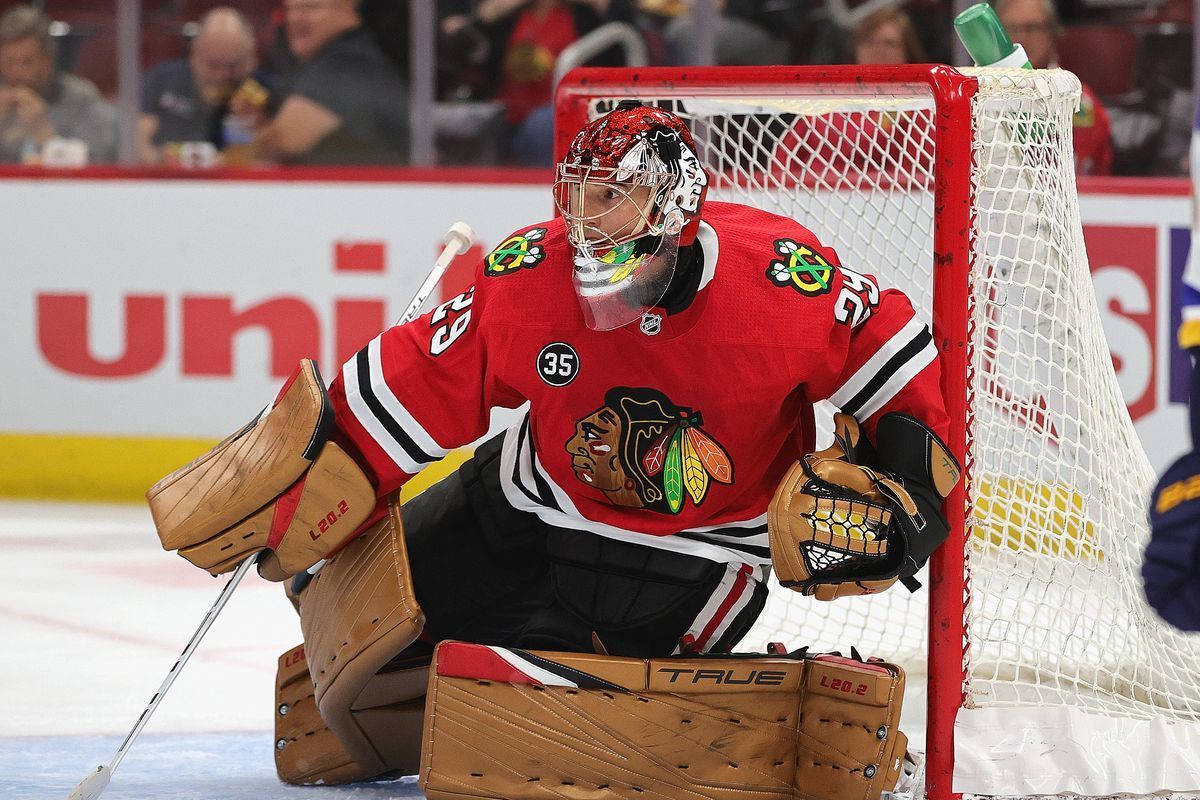 The Chicago Blackhawks finally picked up their first win of the season. Patrick Kane recovered from his illness and almost single-handedly destroyed Ottawa with a hat trick. Will the Hawks be able to build on their success at home against Carolina? The Hurricanes are currently 2nd in the East and are unlikely to agree.

Losing nine games in a row since the start of the season is awful. You can despair and lose confidence in your ability and not get out of that hole for the rest of the championship. Thankfully, the Blackhawks have Patrick Kane. The legendary forward took matters into his own hands and rolled the Ottawa Senators into the Chicago United Center ice. Kane’s three goals and an assist gave Jeremy Colliton’s team their first success of the season, 5-1.

A second consecutive quality start from goalkeeper Marc-Andre Fleury should also be noted in the win over the Senators. The three-time Stanley Cup winner with the Pittsburgh Penguins saved 29 shots, and, as in the previous game against St. Louis, he allowed only one goal. If the goalie continues in the same vein, the Blackhawks will have a good chance to climb the standings.

The Hurricanes approach the upcoming game with an excellent balance - 8-0-0, i.e., eight wins. In all games, Rod Brind’Amour’s team was consistently successful within 60 minutes of regulation time. They made a brilliant start which made Carolina a realistic contender for the Stanley Cup.

Andrei Svechnikov and Sebastian Aho should be singled out for special mention in the Hurricanes’ starting eight games. The Finn and the Russian combined have already scored 21 points - 11 for Svechnikov (7 goals and four assists), 10 for Aho (5+5). Only McDavid and Draisaitl and Ovechkin and Kuznetsov can match this star duo in terms of efficiency.

In addition, Frederik Andersen, the goalie traded from Toronto for Petr Mrazek, should not be overlooked. The Danish goalie had seven wins in 7 starts, nearly 96% of saves, and a 1.29 save percentage. Phenomenal figures.

The Blackhawks picked up an important win over Ottawa. But Carolina are certainly a much better team. The Hurricanes have won eight straight for a reason. Chicago are unlikely to win, but they can with Fleury in goal. The goaltender has caught fire and can cause a lot of problems for the Hurricanes’ high-powered offense. At the same time, Frederik Andersen in goal has had a great season so far. Are we betting on Under? It seems there are “goalkeeping” reasons for this.