Chicago vs Vegas: the Knights No longer Have a Right to Lose Points 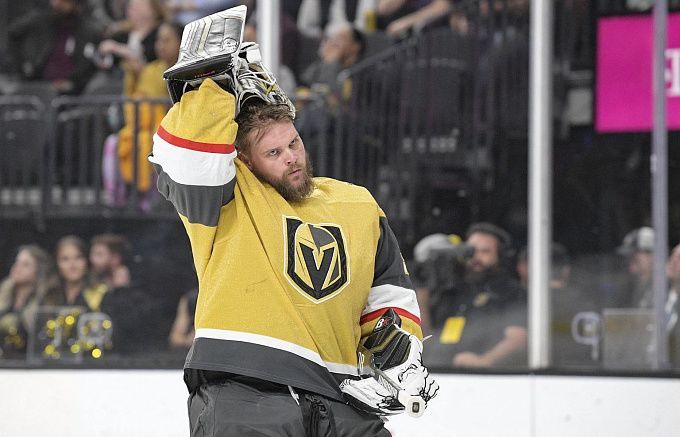 Prediction for the NHL Chicago Blackhawks vs. Vegas Golden Knights match, which will take place on April 28. Check the team conditions! Several betting options are available.

Chicago failed once again, being left without a realistic chance of making the playoffs for a long time. From the very first games they began losing, while only rarely did the Hawks manage to show a decent playing. Towards the end of the season they completely collapsed. In their last 14 games the team lost 11 times and won three wins - over San Jose, Arizona and Philadelphia which also did not make playoffs. Such poor results put Chicago in 14th place in the Western Conference standings.

Vegas is one of the most stable teams in the NHL, having debuted in the tournament in 2017. After that, they have made the playoffs every time. The current season threatens to be an exception, as the Knights are now in a critical situation. In order to enter the cup battles they need to win both of the remaining games. And hope for two losses of Dallas in the regulation time, which will play against Arizona and Anaheim. Admittedly, the chances of the Black and Yellow are close to zero, so it is very likely that they will finish in ninth place in the Western Conference standings.

Vegas still has a theoretical chance of making the playoffs, so the Knights will fight for the cup eight until the very end, but those chances are slim. They have only themselves to blame for their failure, as they lost their last games to New Jersey and San Jose, the league's outsiders, and then also lost in the most important match to Dallas. Nevertheless, Chicago is no better, so at least here Peter DeBoer's team should win.

Chicago and Vegas are approaching the final stretch in abysmal shape. Both teams have stopped scoring points so they currently sit outside of the Western Conference's top-8. The Knights can still climb into the top-8 so they'll try to earn that all-important two points. The Hawks haven't had any tournament motivation for a long time now, so they're unlikely to tear up everything.

Shea Théodore has played for Vegas since the club's inception. Since then, the Canadian defenseman is a key player for the Knights. He brings enormous value to the Black and Gold with both defensive and offensive actions. In 76 games he scored 50 points (14 goals + 36 assists), which is his personal best.