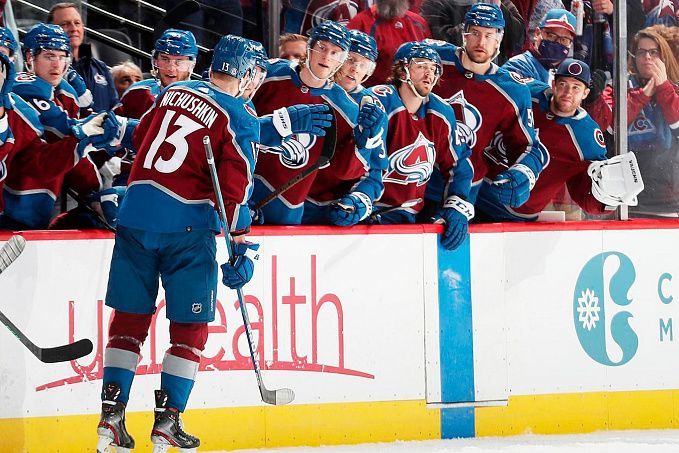 Prediction for the NHL Colorado Avalanche vs St. Louis Blues match, which will take place on May 18. Check the team conditions and choose several betting options.

Colorado is the top contender for the Stanley Cup, but there has been something wrong with the Avalanche all previous times, which has caused them to fail at the crucial moment. So far this season, the Denver team has been doing quite well, but they're still a long way from the trophy. During the season, the team won the Western Conference, and in the first round of the playoffs, they did not see any worthy opposition from Nashville, winning the series 4:0. Jared Bednar's side is the favorites in the next round, but it is a big question whether they can live up to that status.

St. Louis is another team that performs consistently well in the regular season each year, but they constantly have problems in the cup battles. The Musicians were productive in the regular season, finishing in fourth place in the Western Conference standings. The team faced Minnesota in the first round of the playoffs. The rivals played a bright and entertaining encounter, but with a score of 2:2 in the series, the Blues made two decisive moves that allowed them to win the confrontation (4:2).

Colorado has been an uncomfortable opponent for St. Louis of late. Last season the Musicians lost to the Avalanche in the first round of the playoffs (0:4), and in the previous regular season, the team from Denver won in two personal meetings out of three. In the current Stanley Cup, Jared Bednar's wards look more powerful than their opponents. They crushed Nashville (4:0), and Missouri representatives suffered from Minnesota, spending more energy and emotions. As a result, we're betting on Colorado to win at around 1.72.

Valeri Nichushkin is having the best season of his career. He has started to show his unusually high efficiency in the regular season, recording 52 points (25 goals + 27 assists) in 62 games. The Russian continues to make the playoffs with the Avalanche leaders, so in four games against Nashville, he scored two goals and one assist. The 27-year-old hockey player is obviously in great shape, so we suggest a bet on Valeri Nichushkin Total Over 0.5 for 1.66.