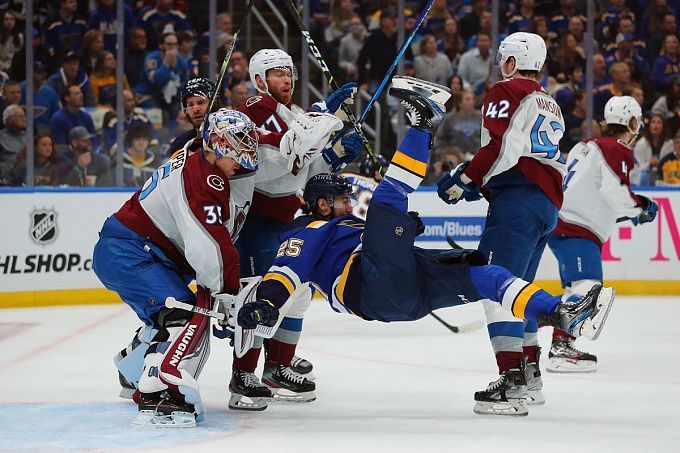 The Colorado Avalanche will take on the St. Louis Blues in Game 5 of the Western Conference quarter-final in the Stanley Cup playoff series. The match is to take place on May 26, 03:00 (UTC+3). Let’s see how the opponents are doing & what the best bet is.

Colorado are living up to their status as a favorite to win the Stanley Cup. In eight playoff games, Jared Bednar's team has seven wins and only one loss. They took out Nashville 4-0, and the score is at 3-1 in the series with St. Louis so far. Moreover, Colorado did not start the series very confidently – apparently there was not enough time to adjust after Nashville. First, the Avalanche won only in overtime (3-2), and then lost (1-4). However, in the last two meetings, they were able to play hard, achieving convincing victories (5-2 and 6-3).

St. Louis, in turn, after the last round victory over Minnesota (4-2), showed themselves well in the first two meetings with Colorado. The score in the series was 1-1 before moving back home to the Blues. It seemed that the Blues would play good hockey there as well, but in fact Craig Berube's squad openly floundered and lost both games by a margin of three pucks. Now St. Louis is on the brink of failure.

Colorado are unlikely to be easy on St. Louis, taking them down instead. After two comfortable victories, the Avalanche will obviously be on fire, and their fans will help them. As for St. Louis, they will struggle mentally, and it seems to be impossible for them to bounce back from 1-3 in the series against the main favorite to win the Stanley Cup.

We suggest betting on a win for Colorado in regular time. But if you still want a higher odds, it is worth adding an ordinary puck exchange to this event as well.

Our prediction: a win for Colorado for odds of 1.71.