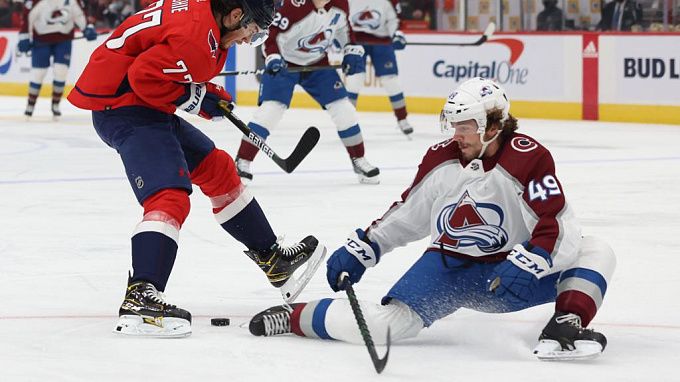 Prediction for the NHL Colorado Avalanche vs Washington Capitals match, which will take place on April 19. Check the team conditions and choose several betting options.

The Avalanche are on an excellent run at the end of the regular season. The team comes into the game against Washington with a streak of nine wins in a row. Colorado is comfortably in first place in the West. And it doesn't look like that's the end of the line. If the Avalanche can add more on offense, and goalie Darcy Kuemper doesn't falter, there is simply no chance for any team to stop this Denver machine in the conference playoffs. Another Colorado victim in the previous game was the second team in the East, Carolina (7:4).

In the last game, the Capitals beat Montreal on the road after a loss to Toronto. Alexander Ovechkin scored another 47 goals this season (8:4). The third best scorer in NHL history is also third on the season's scoring chart. Only Edmonton's Leon Draisaitl (54 goals) and Toronto's Auston Matthews (58) are ahead of him.

Colorado has two important defensive midfielders on the injured list - Nazem Kadri and Darren Helm. That's probably why the Avalanche have been conceding a lot lately.

Colorado concedes a lot, but that doesn't stop the Avalanche from winning systematically. In the upcoming game, Jared Bednar's team will also likely stay stronger. The Avalanche's overall high level will also be motivated to take revenge on Washington for their loss in the first head-to-head game of the season. The Capitals are not strong enough defensively to stop Colorado's super-attack.