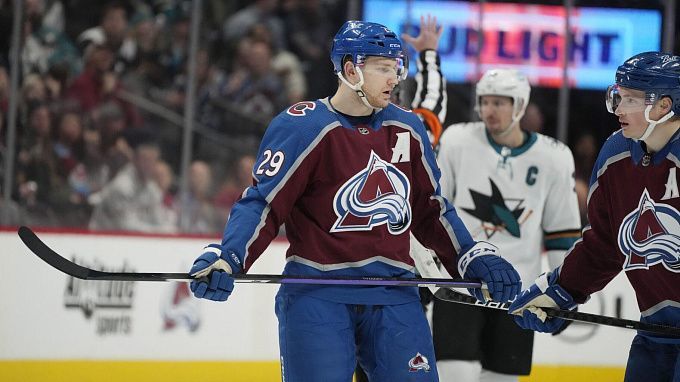 Prediction for the NHL Colorado vs Pittsburgh match, which will take place on April 2 at 22:00. Who will be stronger? Check the teams’ conditions and expert betting tips. Several betting options are available!

Colorado hasn't looked very good lately. Three wins (over Philadelphia, Calgary and San Jose) and two losses - to Vancouver and Minnesota - in the past five games. We could say the Avalanche have already secured a playoff spot, as their lead in the Central Division standings from sixth-place Winnipeg is as much as 26 points. It should be noted that Colorado is second in the NHL by the number of goals scored this season. Thus, for 68 games, they shot 259 goals, an average of 3.80 per game.

Pittsburgh does not have much of a problem in the Metropolitan Division standings either. The team is confidently located in the top-4, having a very comfortable advantage over fifth Islanders in 23 points. In the last three games, the Penguins first mercilessly mocked Detroit, scoring 11 goals and conceding two, then suffered a loss to the Rangers with the minimal difference in the score. Finally beat Minnesota in overtime.

Both Colorado and Pittsburgh have no tournament motivation. Their gap from the teams below is too large, so they can quietly finish the season. The game will still be tense because no one wants to lose. At home, the Avalanche has the best record in the Western Conference, but the Penguins are also good on the road (first place in the East). So the battle promises to be very interesting.

All in all, we are looking forward to a productive outcome of the matchup. The opponents are worthy of each other, and no one intends to give up early. Colorado will play at home, where they can't let their fans down. Pittsburgh badly needs this victory, so they can once again believe in themselves since their recent results are far from the best.