Colorado vs St. Louis: the Visiting Team is Underestimated 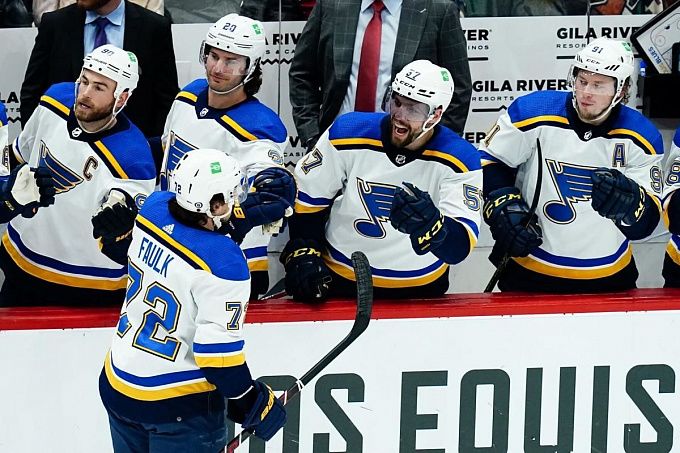 Prediction for the NHL Colorado Avalanche vs St. Louis Blues match, which will take place on April 27. Check the team conditions! Several betting options are available.

Colorado slowed down at the end of the regular season, going into power-saving mode before the playoffs. After nine straight wins, the Avalanche lost in four games. First Washington (2:3), then Seattle (2:3), then Edmonton (3:6) and last game Winnipeg (1:4). However, Colorado still leads the Central Division table with 116 points and no one will move them from first place.

St. Louis, by contrast, has been using up its resources and picking up win after win. They scored in the past 16 games - 14 victories and two overtime defeats. Last game, for example, the Blues beat Anaheim, 6:3. St. Louis occupies third position in the Central Division standings with 109 points, still has a chance to outplay second Minnesota.

The bookmakers believe Colorado is the favorite, but we wouldn't ignore St. Louis. The Blues have scored points in 16 games without intention to stop, especially in a battle with an opponent that has lost in their previous four meetings. They still have at least some tournament motivation, while the Avalanche don't.

We give preference to St. Louis - they might not lose at least at the end of the main time.