Colorado vs Vegas: The Avalanche could have an easy series 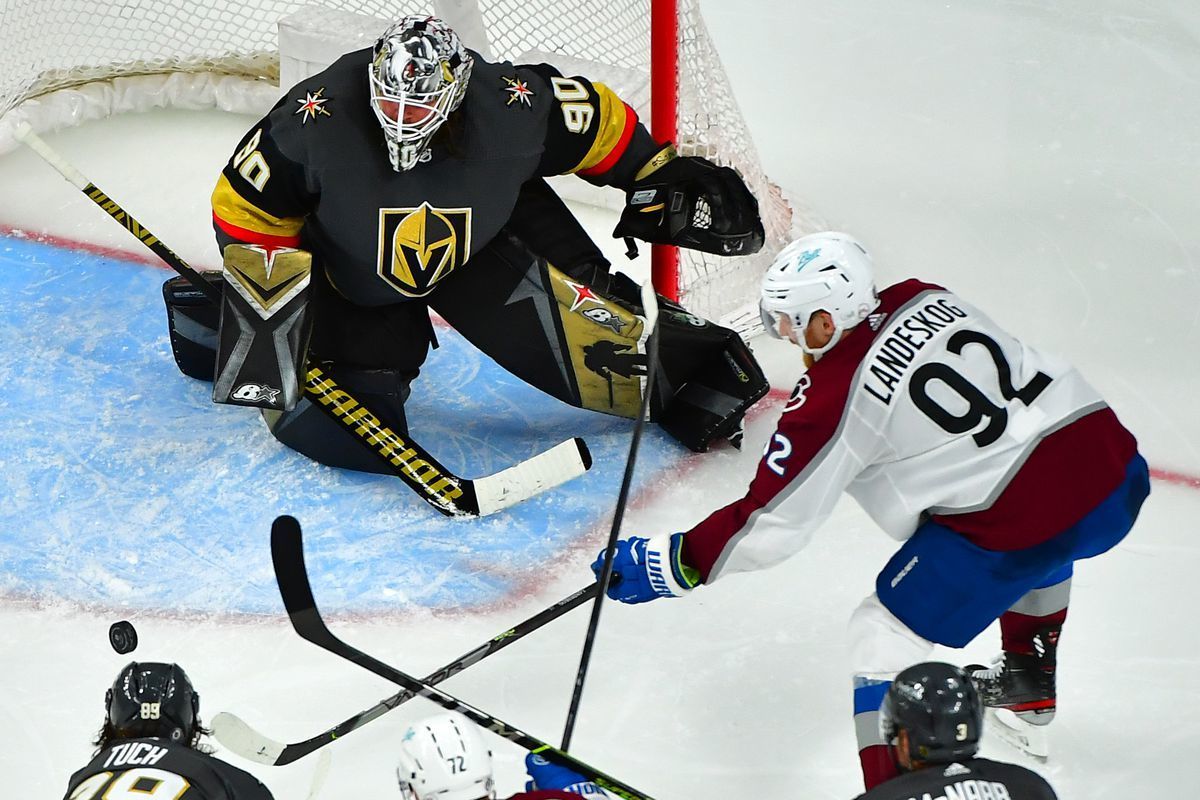 Vegas had a hard series with Minnesota, but despite the triumphant end, came to Denver exhausted. The Avalanche took advantage of their opponent’s poor form and thrashed the Knights 7-1. Will Vegas be able to do better in the second game?

Colorado are still without a defeat

The Avalanche closed out the series without a loss against St. Louis and started the second round with a confident win over Vegas. Can Jared Bednar’s team make the playoffs without defeat at all? Given the level the team showed in the first game against the Golden Knights, the question doesn’t seem so strange.

There was a little fight in the opening game of the second round. Already by the 24th minute, The Avalanche had thrown 4 pucks to their opponents, and by the end of the second period, the score was already 6-1. Cale Makar added a power-play goal to his 3 assists for a final score of 7-1 at the end of the third period. Nathan MacKinnon and Gabriel Landeskog each recorded a double. McKinnon also strengthened his lead in the playoffs sniper race with 8 goals.

It will be very difficult for Vegas

Peter DeBoer’s team nearly dropped out of the Stanley Cup in the first round. Vegas led 3-1 in the series with Minnesota but allowed their opponent to survive until Game 7. There was a great hat trick by Mattias Janmark and a fairly confident 6-2 lead, but the very fact that they almost made a 1-3 comeback is unsettling. De Boer’s Vegas lack outside-the-box solutions, and that’s already evident.

1-7 is not just a loss, but a devastating defeat, which will certainly have a psychological impact on the team from Las Vegas. Also, the Golden Knights are exhausted from their series with Minnesota and it’s not certain that they will recover at all before the end of the game with the Avalanche. The series could well end in four meetings. We predict that the Avalanche will win the second game against Vegas.