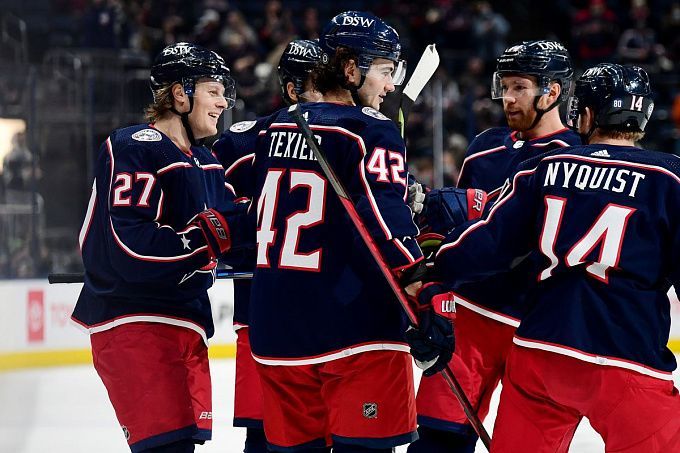 Columbus will take on Ottawa in an NHL match. Let’s find out how the opponents are doing and what’s best to bet on. There are several options to consider!

Columbus has been on a win-loss streak for seven straight games. Not so long ago they sensationally defeated Carolina (6-0), but then were thrashed by Florida (2-9). Then the Blue Jackets were stronger than Philadelphia (2-1) and the last game saw them lose to Pittsburgh with the score pf 2-5. Thus, Columbus is in 5th place in the Metropolitan Division standings, as many as18 points behind Washington in 4th place.

After two wins, Ottawa has lost three matches in a row. First, they were defeated by Buffalo (1-3), then by Pittsburgh (4-6), and by Washington in overtime with a score of 2-3. As for Ottawa's position in the Atlantic Division standings, they sit 7th with only 25 points and as many points behind the top 4.

Ottawa has a three-match losing streak – the team is clearly not in the best mood. Columbus, to put it mildly, is not doing spectacularly, either, but at least they win every other game. The Blue Jackets will play with the support of their fans. We think that they will be able to beat their opponent but to be on the safe side, we'll take their victory including overtime and penalties. Prediction: Columbus to win.