Columbus vs Minnesota: the Wild to Keep Their Level 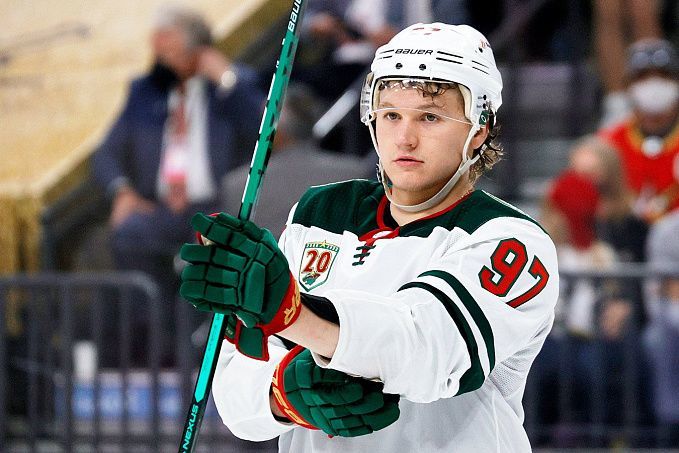 Columbus has not been taken points away from Minnesota in three head-to-head meetings. Will Brad Larsen's team end such a bad streak now? Who will be stronger? Check the teams’ conditions and expert betting tips. Several betting options are available!

Alas, Columbus is slowly dropping out from the playoff battle. In the first half of the season, there were no signs that the Jackets would get anywhere near the top eight, but in January they had a stretch winning 10 of 12 games. Perhaps that surge has drained too much energy out of the team, so they could gain only one victory over New Jersey - 4:3 in seven games. The day before the Islanders beat the squad - 0:6. So, it turns out that Columbus now remains in ninth place in the Eastern Conference standings, but they are already more than ten points away from the top-8.

Minnesota is another team that has looked uneven in the current regular season. The Wild began admirably, as they were among the leaders for a long time. But by mid-February they stalled, losing eight out of ten games. Luckily, their streak was snapped recently when Dean Evason's team defeated the Rangers 5:2 at home and then took an away win against Detroit, 6:5. With two wins, St. Paul remains fifth in the Western Conference standings, and their closest competition is right next to the Red and Green.

Columbus and Minnesota come into the encounter in different states. The Jackets are still in crisis, having lost six of their last seven games. The Wild has already overcome a slight slump, after which they have won twice. Now, the Red and Green are the clear favorites, possessing a more powerful roster. Meanwhile, Ohio is gradually losing motivation in the standings. Moreover, in the last three ties, Dean Evason’s wards were stronger, so we bet on a win for Minnesota.

Minnesota is one of the most prolific teams in the league. In the 56 meetings played, Dean Evason’s charges have already scored 214 goals (3.82 average per game). Columbus has huge defensive issues in the current season, as evidenced by the 216 goals conceded in 58 games played (3.72 average). In the last two meetings, the Wild hit the Jackets’ goal five times each, so the optimal option for the prediction seems to be an individual total of Minnesota over 3.5.

Kirill Kaprizov is having a solid season, and it did not start very well for the Russian, but he improved. In 55 games played, the player has already scored 72 points (29 goals + 43 assists) and ended up in the top-6 scorers in the league. Lately, his sniper skills have become especially apparent, as in the four previous games he shot five goals. In this situation, it is worth considering a bet on Kirill Kaprizov’s goal.