Columbus vs Rangers: The Jackets will lose their second divisional showdown 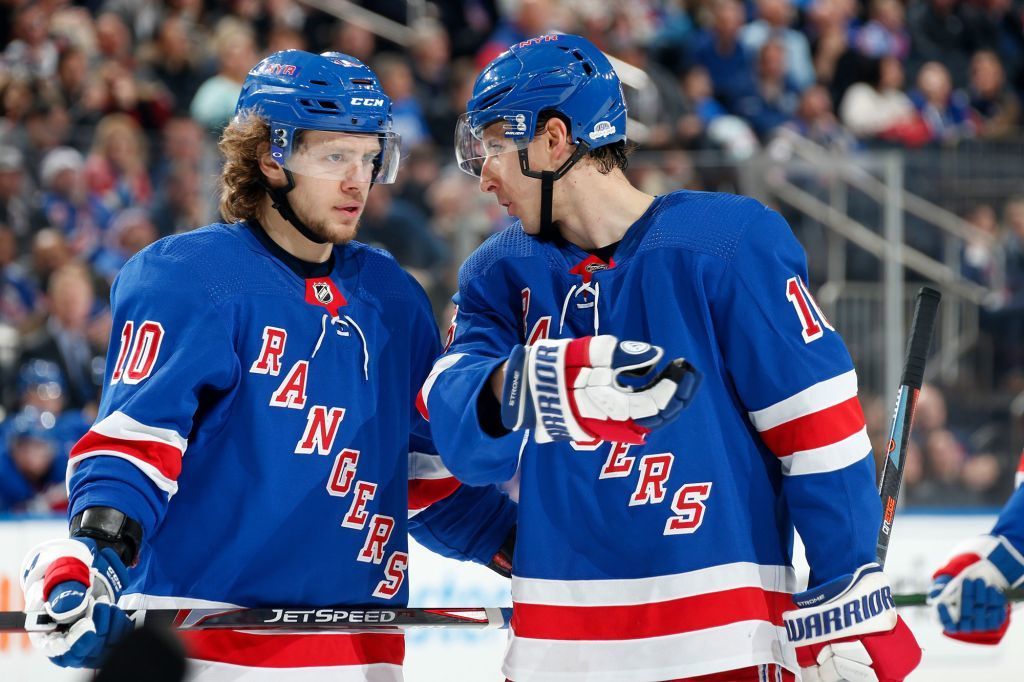 Columbus suffered a bitter loss, conceding one minute before the final siren in their home game against Washington. In less than 24 hours, the New York Rangers, an equally formidable opponent, will come to Nationwide Arena. Will the Blue Jackets be left empty-handed again? Let's pick a few options to bet on.

Columbus made last-minute goals their thing

Lately, the Blue Jackets have been scoring decisive goals at the end of almost every game. In fact, absolutely every game. Prior to the game with Washington, Columbus had faced Colorado twice and, first on the road, allowed their opponent to go into overtime in the final minute of the third period, and then, at home, they took the lead 1:02 before the final siren with a victory in regulation time. Now to the game with Washington. When Conor Sheary scored, the clock had 1:22 left. Obviously, Columbus had no time to recoup, 3-4.

Overall, the match between Columbus and Washington was crazy. The division rivals really wanted to beat each other and, apparently, made a lot of mistakes. The second period was particularly weird, first with a double-double by the Capitals forward Garnet Hathaway, and then the Blue Jackets answered with two goals in 20 seconds by Sean Kuraly, who had doubled that game, and Gustav Nyquist. In any case, Columbus lost a very important game to a direct Metropolitan Division rival.

The Rangers haven't played in a long time

The last time Gerard Gallant's team played was November 9, when they crushed Florida 4-3 on their home ice in fine style. That's just the tip of the iceberg, though. Before the game with the Panthers, the Rangers had lost three games in a row in Canada, and, despite picking up one point each against Vancouver and Edmonton, the road trip ended in a blowout 0-6 against Calgary. Instability is often a consequence of fatigue. So the pause should be good for the New Yorkers.

Overall, the Rangers are off to a good start to the new season, with 7 wins in 13 games, and they are in third place in the same Metropolitan division as Columbus, behind only 3 points from Washington and Carolina.

The opponents have played one head-to-head game this season - the Rangers outscored the Blue Jackets 4-0 on their home ice.

Frankly, Columbus has almost no chance of succeeding in the upcoming game. Unlike Colorado and Washington, the Rangers are already a balanced team that simply won't allow the Blues to play the way they like. Rather, Gerard Gallant's team will simply sit back at their own goal and punish the Blue Jackets on the counterattack sooner or later. Columbus also has a back-to-back, while the Rangers have been quietly preparing for the upcoming game for several days.

Prediction: a win for the New York Rangers in a low-scoring game.