Dallas Stars vs Boston Bruins: Bears take away a tough win from Texas 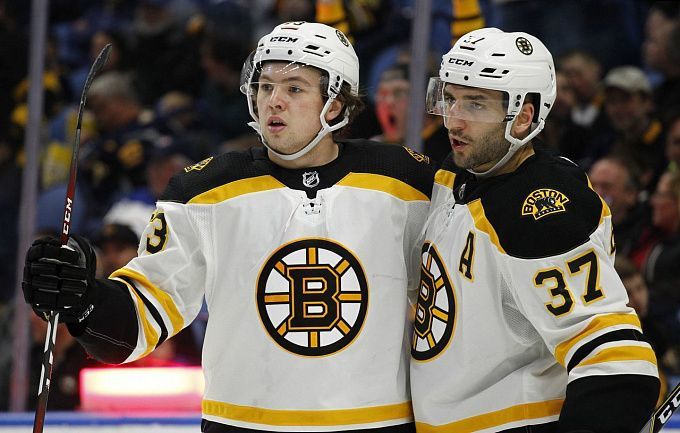 Prediction for the NHL Dallas Stars vs Boston Bruins match, which will take place on January 31. Check the team conditions and choose several betting options.

Dallas has had a pretty good regular season, although they have occasionally suffered severe setbacks. For example, they lost five games in a row in December, all during regular time, and in mid-January, they failed to Florida, Tampa Bay and even Montreal by a combined score of 5:15. Fortunately, the Stars won four games in a row after that defeat. However, their winning streak was interrupted the day before, as they lost to Washington with a score of 0:5. Such a poor result leaves the Texans in ninth place in the Western Conference standings, but they have a good chance of continuing their fight for a playoff spot.

Boston is having an unusually weak regular season. The Bears usually make the playoffs with ease, fighting for the lead, but now they only have to fight for a spot in the cup battles. In their first 12 games of the year, they had ten wins and two losses but then came back-to-back losses to Anaheim and Colorado with a score of 3:5 and 3:4, respectively. The day before, Bruce Cassidy's side still managed to win, but they beat Arizona (2:1) and got their two points. As a result, Boston is now in eighth place in the Eastern Conference standings.

Boston is historically an uncomfortable opponent for Dallas, as the Stars have only managed to win 35 of 142 head-to-head meetings (25%), which is a very poor record. The unfortunate tendency has continued for the Texans so far, as they have failed to take a single point away from the Bears in the last three consecutive meetings. Bruce Cassidy's side is now the favourites to win, while the home team lost to Washington (0:5). As a result, we suggest betting on Boston to win for 1.80.

Dallas and Boston have been very unproductive of late. In the last eight head-to-head encounters, the opponents combined for only 27 goals (3.38 goals-against average), which is extremely low for the NHL. We shouldn't expect a goalscoring in the upcoming game, as the Stars will try to rehabilitate themselves after the crushing defeat and play more reliably, while the Bears are still in the middle of their long road trip through the West. Therefore, we suggest betting on a total under 5.5 for 2.00.

Charlie McAvoy is a crucial defenseman for Boston, who not only does a good job defensively but is also productive on the offensive line. He scored 28 points (7 goals + 21 assists) in 38 games in the current regular season, which is not a bad number for a player in his position. Moreover, he's in great form, having scored 8 points (2 goals + 6 assists) in the last eight games. We suggest betting on Charlie McAvoy's total over 0.5 for 5.