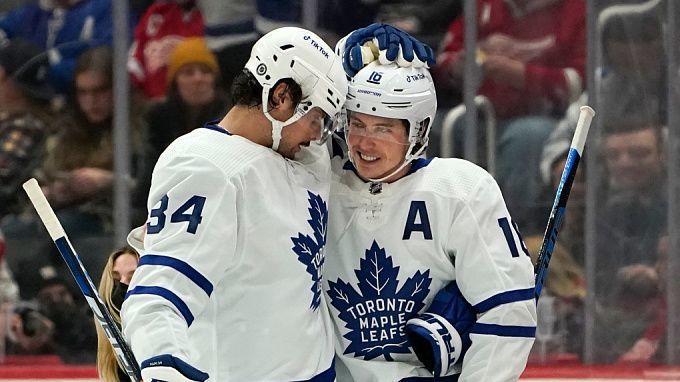 Prediction for the NHL Dallas Stars vs Toronto Maple Leafs match, which will take place on December 7. Check the team conditions and choose several betting options.

Though in third place in the Western Conference, the Stars have an uneven pace through the regular season. The team has been consistently beating the middle and the outsiders, but they lost pretty often in games with strong opponents. That was the case in the previous game against Minnesota. The Stars were trailing 1:5, managed to get back within the third period but lost in the penalty shootout (5:6).

Since November 24, the Maple Leafs have won five straight games, including beating such strong contenders as New Jersey, Minnesota, and Pittsburgh. However, the team could not extend that successful streak in the previous game. Toronto lost to Tampa Bay, 3:4, in overtime on the road. Overall, Toronto has won 15 games in 26 meetings since the start of the championship and is third in the Eastern Conference standings.

Dallas lost to all-powerful opponents lately - Colorado, Winnipeg, Tampa Bay, and Minnesota. Toronto will likely pick up two points against the Stars. The Maple Leafs have not lost in regulation time in 11 straight games and have won 8 times in this stretch. Against Dallas, they have had a positive balance in the previous few seasons.