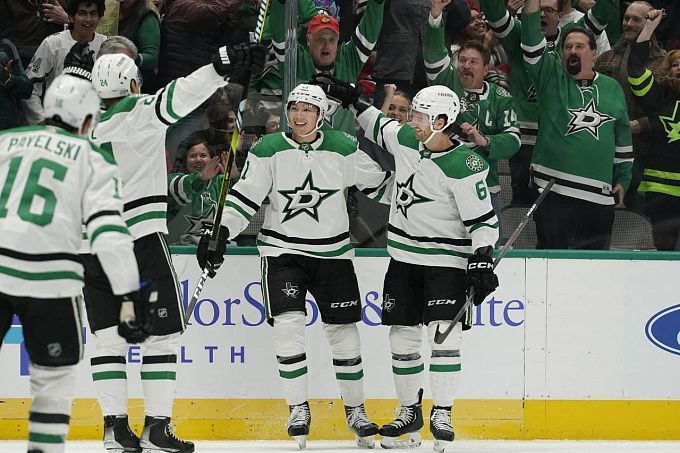 Prediction for the NHL Dallas Stars vs. Winnipeg Jets match, which will take place on November 26. Who will turn out to be stronger? Check the team conditions! Several betting options are available.

Dallas has looked great in this campaign. The team plays spectacular, attacking hockey, which is paying off. In 20 meetings, the Stars got 12 wins and eight losses, leading the Central Division standings with 27 points. Note that after two victories, Dallas lost to Colorado in a shootout (2-3) but then beat Chicago 6-4.

Winnipeg has looked quite chipper this season. The Jets gained 11 wins in 18 meetings and encountered seven losses. They're sitting right behind Dallas in second place in the Central Division standings with 23 points. After an embarrassing 0-3 loss to Pittsburgh, Winnipeg defeated Carolina in overtime (4-3) before allowing another awkward 1-6 to Minnesota.

We suggest favoring totals rather than any particular team. The meetings with Dallas are almost always spectacular, with many goals. Winnipeg's play cannot boast such a feat, but the last two games they played were blowouts. We'll see at least six goals.