Detroit Red Wings vs Buffalo Sabres Prediction: Will Detroit be able to rehabilitate? 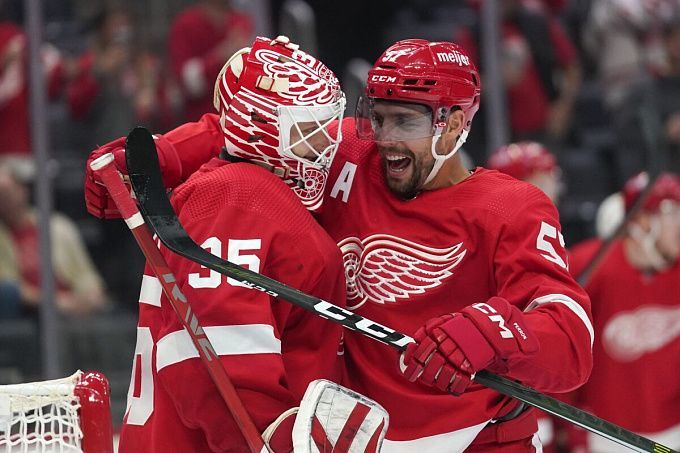 Prediction for the NHL Detroit Red Wings vs Buffalo Sabres match, which will take place on December 1. Check the team conditions and choose several betting options.

The meeting with Toronto was supposed to reveal to what extent Derek Lalonde's team can compete with the Eastern Conference's content players. It turned out that they weren't yet. The Maple Leafs beat Detroit quite handily, 4:2. Nevertheless, it's worth noting that the Red Wings' progress this season is still evident. At the very least, the team can make the playoffs at last. Detroit is seventh in the Eastern Conference standings, ahead of strong teams such as the New York Rangers, Florida, and Pittsburgh.

After beating Montreal and St. Louis and breaking their streak of eight straight losses, the team again lost. Buffalo took turns failing New Jersey (1:3) and Tampa Bay (5:6) on home ice. The Sabres still can't find stability and currently occupy only 12th place in the combined East table. By the way, no one expects Buffalo to achieve much this season.

This upcoming meeting is the second for the two opponents this season. The first one ended unexpectedly in a blowout win for Buffalo (8:3). Detroit hasn't forgotten that insulting result and will do everything possible to get revenge on the Sabres. The team will most likely succeed. Detroit had a great first quarter in the regular season, won many big games, and deservedly stayed in the Eastern Conference's playoff zone. The same cannot be said for Buffalo, which is again among the NHL's top underdogs and has no plans to make the playoffs.