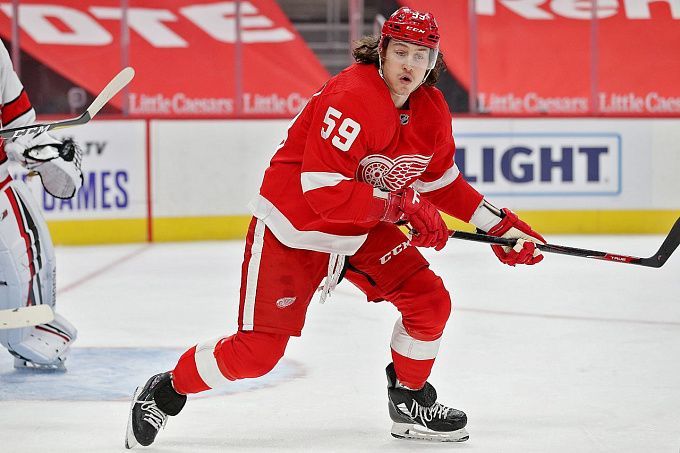 New Jersey lost eight of its last nine games. Lindy Ruff will play against Detroit on the road. Will the Devils be able to handle the Red Wings? Check the team conditions and choose several betting options.

The Red Wing lost four of their last five games. Without Tyler Bertuzzi Jeff Blashill's team beat the New York Islanders but lost to Nashville, St. Louis, Colorado and Carolina. Despite the disappointing stretch, the Red Wings remained in the wild-card zone. Detroit is 4th in the Atlantic Division and 8th in the entire Eastern Conference.

While Detroit are still in the playoff zone after losing a few games, New Jersey has dropped back in the standings. Lindy Ruff's team lost 8 of its last 9 games and they are in 7th place in the Atlantic Division. The Devils are six points off the Wild Card zone.

In their last game, New Jersey lost to Vegas 3:5 at home area. The Devils took the lead in the opening period, but then conceded four goals in a row and never got back into the game.

The upcoming game is very significant for both teams. Both New Jersey and Detroit have had disappointing stretches. However, the Red Wings look more balanced at the moment. The Devils have problems with their lineup as well. Graves, Hisher, Wood and Thompson are serious losses. Prediction: Detroit will be closer to victory.