Detroit Red Wings vs Ottawa Senators: Will the Wings be able to cope with the Senators after two straight defeats? 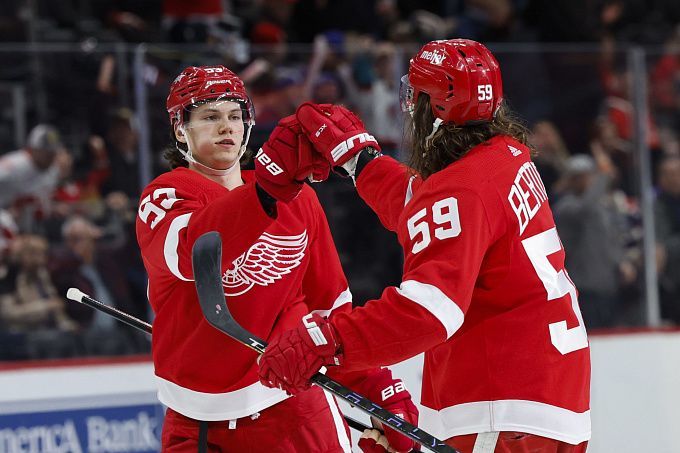 Prediction for the NHL Detroit Red Wings vs Ottawa Senators match, which will take place on April 13. Check the team conditions and choose several betting options.

The team lost to the Senators in early April. The Red Wings will surely do everything they can to avoid a third straight loss to Ottawa.

Detroit seems to have a good chance of success. After a disappointing double-header with Ottawa, the Wings first beat Boston, then Winnipeg, before losing to Columbus just outside the 60 minutes. They have five points in three games against top opponents, which is a significant result.

While Detroit played three excellent games after losing twice to Ottawa, the Senators lost three straight after beating the Red Wings. First, the team lost 2:3 at home to Nashville, then 1:5 against the New York Rangers and 3:4 against Winnipeg. Matt Murray's injury is still negatively affecting the Senators' conceding ability.

Victories over Boston and Winnipeg showed that the Red Wings had a lot of potential. In contrast, the Senators relaxed, as if success against Detroit was the team's goal at the end of the regular season.

It is highly doubtful that the Senators will beat the Wings for a third consecutive game. The class of Detroit, which has made a lot of progress this season, needs to show on the home field.