Detroit Red Wings vs Winnipeg Jets: The Red Wings are strong at home 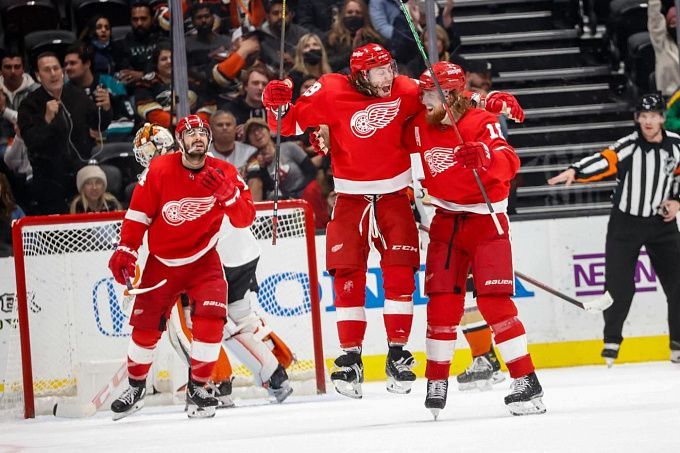 Prediction for the NHL Detroit Red Wings vs Winnipeg Jets match, which will take place on January 14. Check the team conditions and choose several betting options.

Detroit is not in the best shape for the upcoming game. On January 5, they defeated San Jose 5:2 at home, but then they lost three away games in a row. First, Los Angeles (0:4), then Anaheim in as penalty shot (3:4), and then San Jose in overtime (2:3). Thus, Detroit is in fifth place in the Atlantic Division table with 37 points, three behind fourth-placed Boston.

Winnipeg is also in fifth place in the Central Division with 37 points. However, the Jets have reached those results after playing four fewer games than Detroit. The Jets broke a three-game winning streak in the past, as they beat St. Louis (4:2), Vegas (5:4 in overtime) and Arizona (3:1). Colorado disgracefully defeated Winnipeg with a score of 1:7.

The betting experts favour Winnipeg, but we think Detroit have a good chance. They're better at home than away, where they've scored 26 of their 37 points. The last time Detroit played on January 12, they were in good shape, while Winnipeg had already had a week off. These factors will help the Red Wings earn at least one point or even two. Prediction: Detroit won't lose.