Detroit vs Columbus: The teams beat their goals in the starting matches 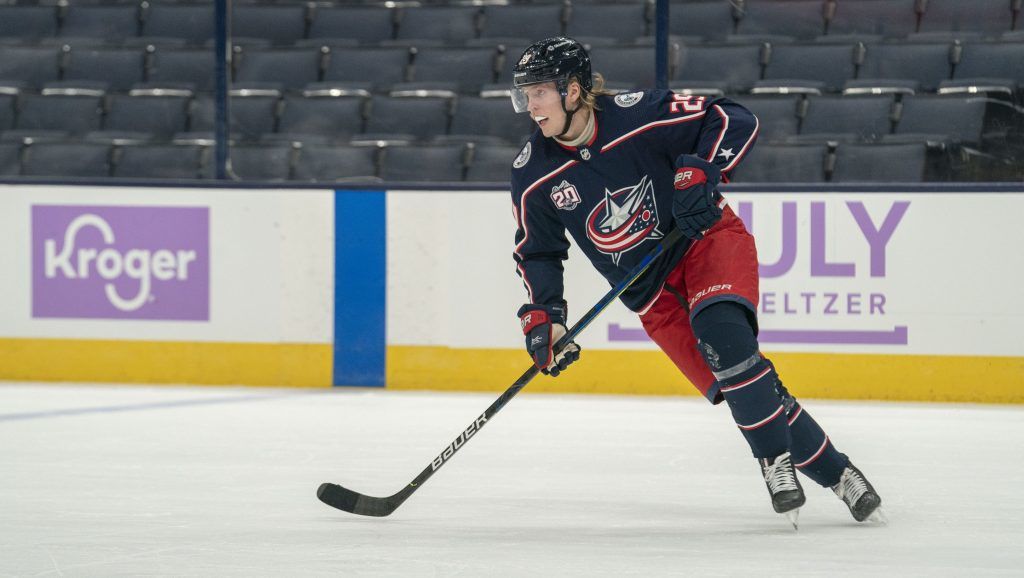 Detroit earned their first win of the season, beating Vancouver on home ice. Now the Red Wings will take on Columbus, who has yet to lose. Will the Wings be able to upset the home team? There are several options to bet on.

Detroit took what belongs to them

The Red Wings came to the matchup with Vancouver after a painful home loss to Tampa. With a few minutes to go, Jeff Blashill's team was leading 6-3, but not only did they concede a lead, but also lost in overtime, 6-7. The Canucks were playing in Detroit after a very tough back-to-back with Philadelphia, so the Red Wings simply had to rehabilitate themselves for the loss against the Lightning.

The Red Wings did the task in an exemplary fashion, refusing to let their opponent's well-stocked offense get away with it and converting their chances. 3-1 - Fabbri, Zadina and Gagner netted the pucks. The team got their first win of the new league!

The Blue Jackets got lucky with the calendar. Renewed after the departure of John Tortorella, the team hosted weak Arizona in the first game and had a lot of fun, winning 8-2. The second match saw Columbus play against the newly formed Seattle Kraken at home. It wasn't as easy as it had been with Arizona, but the Jackets made it 2-1 in overtime. Patrik Laine got the winning puck to his credit, adding to his optimistic start to the season. The Finnish forward, who moved to Ohio from Winnipeg last season, is expected to do a lot.

The teams played each other 8 times last season, the series ending 4-4.

The Red Wings proved in their opening games that they can hope for more than a miserable existence at the bottom of the standings this season. Nevertheless, Detroit is not yet strong and balanced enough to beat Columbus in regular time. Columbus also changed coaches in the offseason and is not going to be stable at the start of the season. We won't bet on the outcome, but rather take performance. It is unlikely that we will see a large number of goals. The teams have already reached their optimum in the opening games when Detroit scored 6 times against Tampa, and Columbus netted 8 pucks against Arizona.