Detroit vs. Dallas: Stars must take revenge for their spectacular defeat the day before 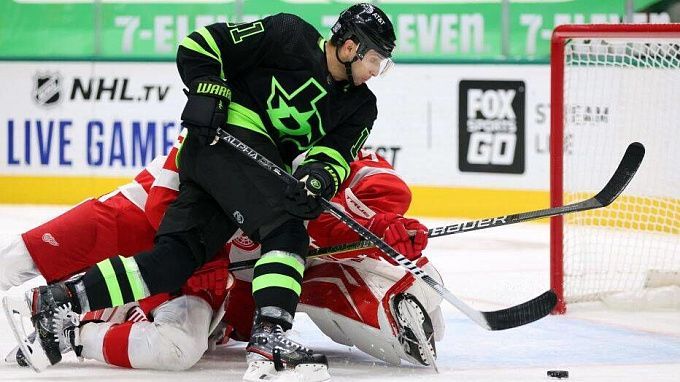 Detroit, an outsider in the Central Division, will host the Dallas Stars. The Stars, last year's Stanley Cup finalists, have gained momentum near the end of the regular season and may yet make it to the playoffs. To accomplish this goal, beating the Red Wings is a must, of course. Will they succeed?

Anthony Mantha's trade could be argued just to see who benefited from it after all. However, it will all be in vain. In fact, both the Capitals and the Red Wings were satisfied. Mantha has been consistently scoring with the Capitals since the very first game, and Vrana even managed to complete a poker against Dallas in the previous game. The Stars were so startled that they couldn't score at all – 3-7. That's Detroit – they haven't solved their own tournament problems, but don't mind ruining the lives of their opponents at every opportunity they get.

Opponents may no longer forgive Dallas for their failures

Opponents, of course, is a rather big word. If truth be told, only the Predators and the Stars remain in the race for the 4th place and a spot in the playoff. Even after losing to Detroit, Dallas is still ahead of Nashville in terms of points lost. The Stars are down by 4 points, but also by 3 games at once. Nevertheless, John Hynes' team also improved by the end of the championship and got up steam and might not forgive Dallas for such obvious failures.

If Dallas loses to Detroit again after 3-7, Dallas can forget about the playoffs. Nevertheless, the Stars are very experienced they are unlikely to allow a second consecutive setback. Besides, it's not every day that Jakub Vrana gets four pucks. Or is that what he's counting on with Detroit? Not likely. Prediction – Dallas will take revenge, thus staying in the playoff race.