Edmonton Oilers vs Anaheim Ducks: The Oilers pick up their fourth consecutive victory 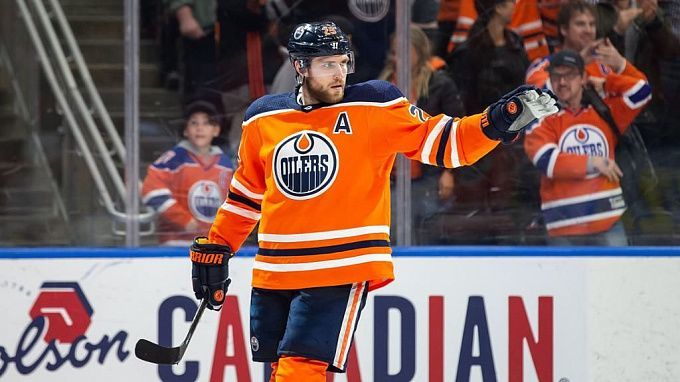 Prediction for the NHL Edmonton Oilers vs Anaheim Ducks match, which will take place on February 18. Check the team conditions and choose several betting options.

It is too early to say so. Indeed, Dave Tippett's retirement has shaken up the team, but nothing more. Edmonton's current winning streak has consisted of games against teams that played their first game after a week or more break. And after such a long break, groups tend to play their first game well below their potential. The Oilers' 3:1 win over the New York Islanders is worth mentioning. After the NHL All-Star Game break, the Islanders were not playing their first game here. However, Edmonton didn't play any better than their opponents there, either. If it hadn't been for goalie Mike Smith, who played a phenomenal game, the Oilers would hardly have won in regulation time.

After their success over the Islanders, Edmonton first outscored San Jose with a score of 3:0 on the road and then beat Los Angeles, scoring three times in the final five minutes of the third period (5:2).

Like Edmonton, Anaheim plays a pair of games on the road after the All-Star break. Before the game in Edmonton, the Ducks met in Calgary against the Flames. It wasn't their first game back after the league break, but Anaheim's previous game against Seattle took place five days ago.

Interestingly, the Oilers lost their back-to-back to Vegas and Chicago by a combined score of 1:8. Coach Tippett was retired after that. It is unlikely that Coach Eakins would be fired if Anaheim suffered a loss in the upcoming game, but the analogy makes sense.

Edmonton had a psychologically important winning streak. McDavid and Draisaitl's team got lucky with the calendar, but that doesn't matter for gaining confidence. We can only commend the club's management for firing Dave Tippett specifically after the game against the Islanders. There's a good chance that if the Oilers hadn't gotten that shake-up, they could have taken a beating from the over-motivated Islanders. Their success against San Jose and Los Angeles would then be in doubt. In the meantime, Edmonton already has three wins in a row and an excellent chance to win their fourth against an exhausted Anaheim in the back-to-back.

Prediction: Edmonton will win their fourth game in a row.