Edmonton Oilers vs Los Angeles Kings Prediction: The Oilers will send the Kings to rest 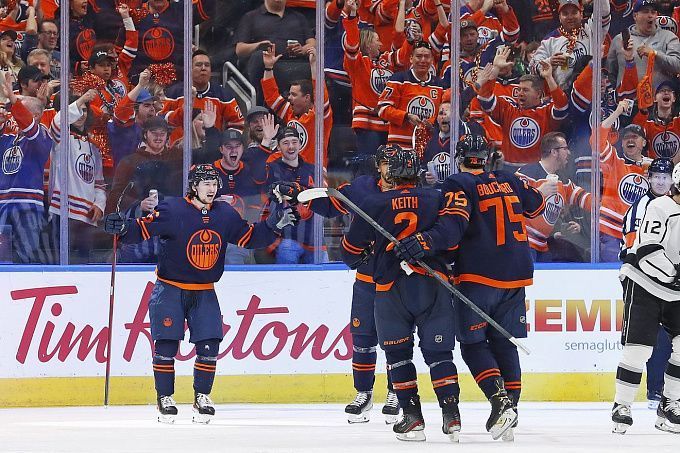 Prediction for the NHL Edmonton Oilers vs Los Angeles Kings match, which will take place on May 15. Check the team conditions and choose several betting options.

Edmonton seemed to be the clear favorite for the series with Los Angeles, and many thought they would advance to the next round without any problems. However, things started badly for the Oilers as they lost the first game by 3:4. Then there were two highly confident victories (6:0 and 8:2). But even after those resounding victories, Edmonton lost two games in a row, 0:4 and 4:5 (overtime). In the run-up to game six, they had no margin for error. With the score at 2:2, they managed to score two unanswered goals in the second half of the third period to move the series into the seventh game.

Consequently, nobody would have thought that, in the current circumstances, Los Angeles would be almost equal to Edmonton. Although, after two devastating defeats, their success in the first game could have been considered a coincidence, then the Kings scored two wins. And they could finish the series already at the end of the last meeting on their ice. Now, Los Angeles has an away game, and the psychological advantage is no longer on their side.

Still, we favor Edmonton in the seventh game. The Oilers are a class above their rivals and have been the clear favorites to win the series. In addition, they'll play the seventh game on the home ice with the support of their fans. And let's not forget about the Connor McDavid factor, which can turn the outcome of the meeting on its own.

We suggest not to make anything up and bet on Edmonton's victory. The odds offered by the bookmakers are pretty decent.