Edmonton Oilers vs Los Angeles Kings: The Oilers will start the series with a win 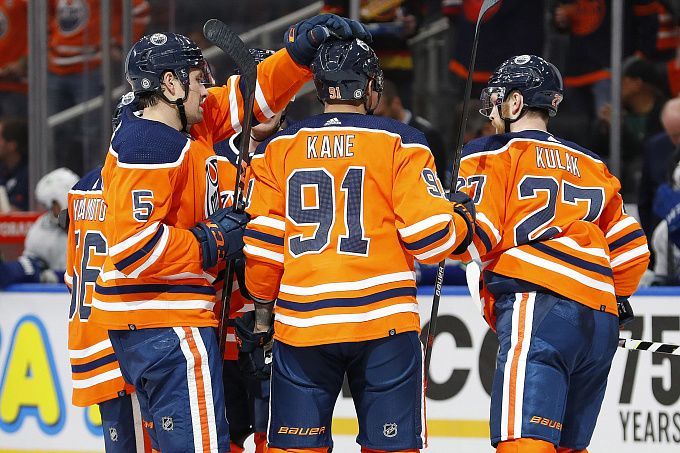 Prediction for the NHL Edmonton Oilers vs Los Angeles Kings match, which will take place on May 3. Check the team conditions and choose several betting options.

Edmonton had a poor start to the regular season, causing a coaching change. Under Jay Woodcroft, the Oilers improved and finished the regular season with seven wins in eight games. Thanks to that, Edmonton finished second in the Pacific standings and fifth in the West with 104 points in 82 games.

Los Angeles was relatively stable in the playoff zone throughout the season. In the period from late March to mid-April, however, the team lost a fair amount of points, and if they had continued in this fashion, they might have missed the playoffs altogether. Todd McLellan managed to set things right, and the Kings ended the season with a run of five wins in their last six games. In 82 games, Los Angeles scored 99 points, third in the Pacific Division and sixth in the West.

The bookmakers quote Edmonton as the favorite for the meeting and the series, and we agree with them. After all, the Oilers look stronger at a distance than the Kings. Let's not forget the Connor McDavid factor.

Surely Edmonton will want to show Los Angeles that they're serious. At Rogers Place, with the support of their fans. That's why it would seem logical to bet on a clean win for the home team in the first game of this series.