Content
To top
1.
Edmonton had a right to make a mistake
2.
Los Angeles can't get back in the game
3.
Injuries
4.
Head-to-head encounters
5.
Expert Betting Tips
6.
Betting options
Users' Choice
12 200 USD

Edmonton Oilers vs Los Angeles Kings: Oilers have to beat Kings after losing to Seattle 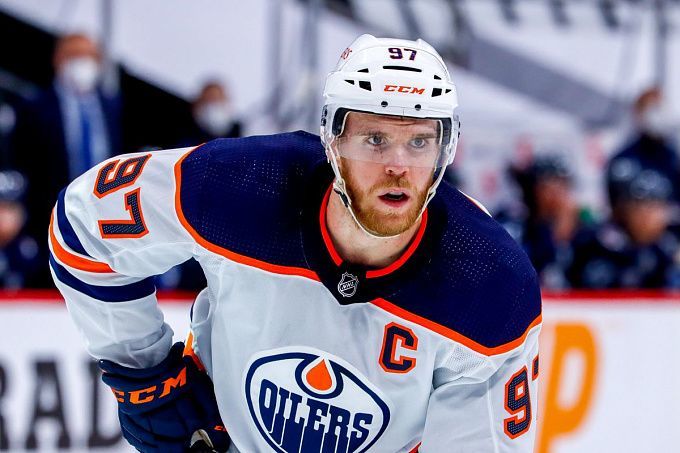 Edmonton had an unsuccessful trip to Seattle, losing to the Kraken in regulation time, 3-4. The next game will bring Connor McDavid and other to play Los Angeles at home. Will the Oilers be able to outplay the Kings? Let's pick a few options to bet on at once.

Edmonton had a right to make a mistake

Dave Tippett's team went to Seattle after beating Pittsburgh. On home ice, Edmonton handled the Penguins very confidently in a game that the entire hockey world followed closely. Connor McDavid proved that he was very close to taking the title of the best Canadian player from Sidney Crosby. This landmark reshuffle could finally happen as early as the current playoffs.

The meeting with Kraken, accordingly, was held for the Oilers amid fatigue, primarily emotional. Edmonton tied the score twice, but failed on the third time. The Oilers suffered a routine road loss, 3-4, which had no impact on their place in the standings. Edmonton is second in the Pacific Division, only Calgary being above them, but leads the top eight in points lost.

Los Angeles can't get back in the game

Todd McLellan's November winning streak nearly convinced everyone that the Kings were back to being a team in contention for a playoff spot. However, Los Angeles lost 7 of their next 8 games, 4 in regular time. LAK had already fallen to 12th place in the Western Conference standings.

Coach McLellan, despite the recent setbacks, still radiates confidence, saying that the team can start to consistently score points. All they need to do is play a little better at the end of close games. McLellan has every reason to say that. You don't have to go far to find an example. LA looked good in their previous home game against the leader of the West, the Calgary Flames, but did not score a single point in the end – 2-3 in regulation time.

Edmonton beat Los Angeles in 9 of the last 10 matches at home.

The outcome of the upcoming matchup is obvious – Edmonton will surely beat Los Angeles at home. The Kings are progressing and may indeed, as Todd McLellan says, be performing much more consistently soon, but the Oilers are simply much stronger here and now. The previous loss to Seattle also speaks in the Oilers' favor. McDavid and others will surely make an effort to rehabilitate themselves.