Edmonton Oilers vs Vegas Golden Knights: The Oilers will win their third home game in a row 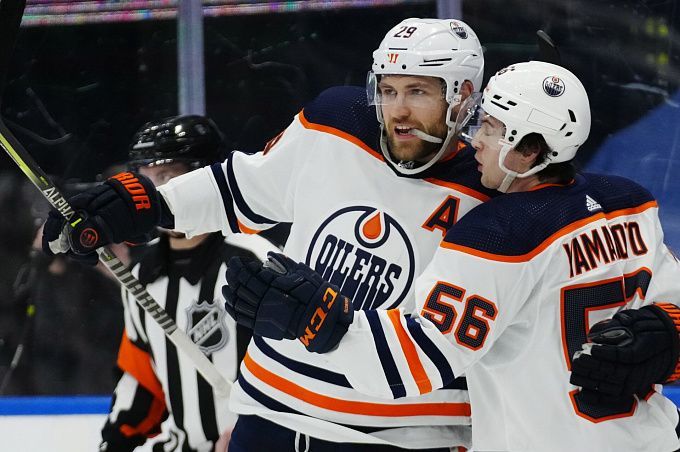 Prediction for the NHL Edmonton Oilers vs Vegas Golden Knights match, which will take place on February 9. Check the team conditions and choose several betting options.

Edmonton started the current regular season well, smashing everyone in their way. However, their successful period was over by mid-November. They won 10 out of 11 games in the opening period, but then they suffered a run of defeats which caused the Oilers to drop out of the playoff zone. Dave Tippett's team picked themselves up at the end of January, and their leaders resumed playing at their best. The Blue and Orange enjoyed a six-game winning streak, rising to five points before losing to Ottawa in overtime (2:3). Edmonton's decent run lifted them to ninth place in the Western Conference standings, but the battle for the top eight is yet to come.

Since their NHL debut, Vegas has been consistently successful, so any small slump in their performance could be considered a sensation. During the regular season, the Knights have repeatedly had trouble, losing several games in a row, but they have been able to stop their losing streak each time. In the last 12 meetings, Peter DeBoer's side has only managed five wins and seven losses. All of these defeats should not have suited such an ambitious team. Vegas has now dropped to fifth place in the Western Conference standings, but there is little danger of making the playoffs.

Edmonton and Vegas are having an unsteady regular season, but the Oilers managed to make progress before the break, as evidenced by a six-match winning streak. The Knights still have problems from the lack of stability, as two or three defeats follow the excellent moments. The statistics of their head-to-head encounters also favour the Blue-Orange side, as they have won both of their meetings this season. As a result, we suggest betting on Edmonton to win the match for 2.00.

Edmonton and Vegas were initially very productive, but their goal-scoring performances have become considerably rarer. In their last six head-to-head encounters, the opponents have combined to produce just 30 goals (5.00 average per game), which is modest by NHL standards. After a brief break in the regular season, both teams will need time to regain their play rhythm, so do not expect many goals. That's why we suggest betting on a total under 5.5 for 2.35.

Leon Draisaitl is even more productive than Connor McDavid this regular season. The German forward has already scored 63 points (32 goals + 31 assists) in 42 games, which puts him in second place in the NHL scoring race and just one point behind the leader. While Edmonton's number 97 is trying to come to terms with Evander Kane, the German continues to produce solid results. That's why we suggest betting on Leon Draisaitl's total over 1.5 for 5.