Edmonton Oilers vs Washington Capitals: McDavid will not lose to Ovechkin in a high-scoring match 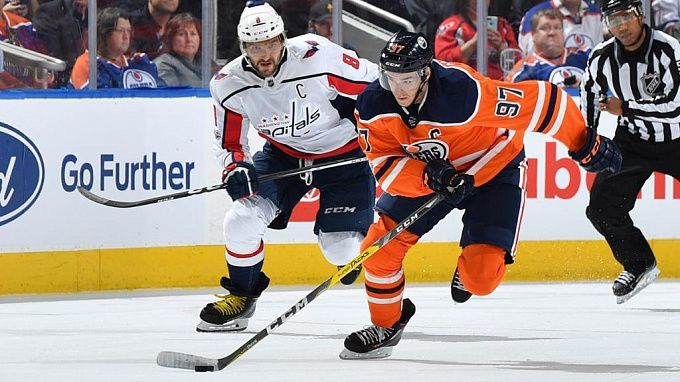 Washington lost to Edmonton on February 3. Will the Capital City team be able to take revenge on the Oilers? We'll choose several options for you to bet on at once.

After a nice stretch following the coaching change, Edmonton once again stalled. That said, their opponents were quite strong during this three-match losing streak. The Oilers were defeated in two games against Canadian Montreal and Calgary, as well as against Chicago in overtime on the road. Edmonton fell out of the playoff zone again. They are ninth in the Western Conference standings, three points behind top-8 seed Dallas.

Meanwhile, Washington is in the playoff zone

The Capitals let Boston advance but remain in the top eight in the East. The New York Islanders and the unexpectedly powerful Columbus are catching up.

The Capitals are coming into the matchup with Edmonton with a three-game winning streak. Carolina, Seattle, and Calgary are the ones who were outplayed by Washington during that stretch.

Edmonton has won 3 of the last 4 home games against Washington.

Edmonton know how to prepare for games against teams led by superstar forwards. For Connor McDavid and Leon Draisaitl, they're principled rivals. That makes the recent overtime loss to Patrick Kane and the Blackhawks all the more frustrating. For the second time in a row, the Oilers won't let that happen.

Prediction: McDavid will beat Ovechkin in a high-scoring matchup.