Edmonton vs Boston: the Oilers to break the losing streak 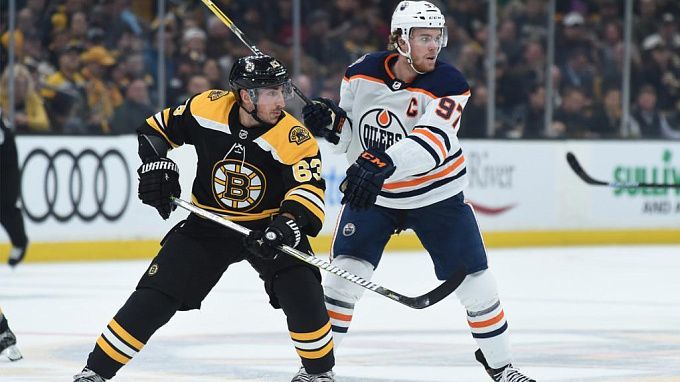 Edmonton has lost three games in a row, but will now take on Boston who play back-to-back there. Less than 24 hours ago, the Bruins had a match in Vancouver. Will the Oilers be able to take advantage of their opponent's fatigue to break their losing streak? Let's pick a few options to bet on at once.

The Oilers were apparently so happy with the landmark win over Pittsburgh that they decided not to play any further. After McDavid's success against Crosby, the Oilers have had 3 straight losses during regular time. First Dave Tippett's team had a bad trip to Seattle, and then they failed to cope with Los Angeles and Minnesota on their own ice. The most surprising thing is that the Oilers managed to score only 2 pucks in those two home games. It's time for McDavid and Draisaitl to wake up.

Boston had a very tough game in Vancouver

The Canucks confirmed once again that they will be a force to be reckoned with after the change of coach. They failed to beat the Canucks in a shootout (1-2). Moreover, the Bruins conceded the only goal in regulation time after Brad Marchand was sent off. And for Marchand, the meeting in Vancouver became the first after a three-match suspension. So not only did the Bruins’ leader not help his team win, he was a hindrance. I wonder how Marchand will perform against Edmonton.

The opponents have already faced each other this season. Edmonton beat Boston away, 5-3.

Edmonton's bad streak has been too long. So Boston, running a back-to-back, is now a great opportunity for the Oilers to break the bad streak. Given the level of performers on Dave Tippett's team, it's likely to work out.

Prediction: Edmonton will be closer to victory.