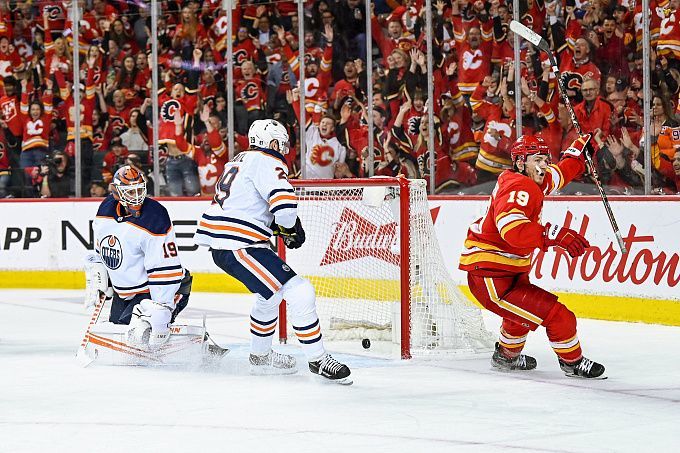 Prediction for the Stanley Cup Edmonton vs Calgary match, which will take place on May 23. Check the team conditions. Several betting options are available!

The first game was a failure for Edmonton, as they conceded as many as nine pucks from Calgary, and responded with only six. However, in the second game the Oilers managed to show themselves well and took revenge on the Flames - they won with a score of 5:3. Now the series is tied, and it moves to Rogers Place Arena, where Edmonton will play two matches with the fans support.

It finally dawned on Calgary, after an extremely cautious and under series with Dallas, in their first meeting with Edmonton - they won 9:6! In the second game, the Flames started great and led 2:0, but couldn't hold on to their lead, losing 3:5. Now, with a draw in the series, Calgary expects two away matches. In the previous series with Dallas, the team obtained only one victory in three away meetings.

Let's not risk picking a favorite in the third game of this series, although bookmakers believe that Calgary has a better chance of success. It is wiser to pay attention to the fact that both meetings were packed with actions and incredibly entertaining - first there were 15 pucks, then eight!

We do not see any suggestion that in this matchup the opponents will be cautious and sit on the defensive. Their head-to-head encounters in the regular season were more often than not pleasing to us, as well as the playoffs. We don't think this meeting will be an exception, so we'll take the TO.