Edmonton vs Minnesota: the Wild to Win & Kaprizov to Score 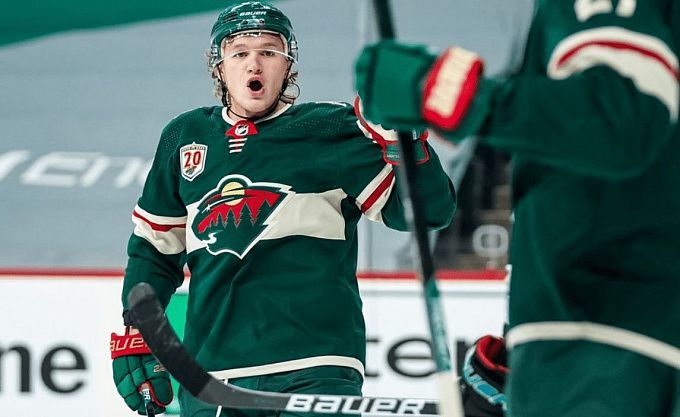 Connor McDavid's Edmonton will take on Kirill Kaprizov's Minnesota in the final match of the game day. We'll pick a few options to bet on in the duel between two of the brightest forwards in the modern NHL.

Edmonton is in great shape

After Dave Tippett was fired as head coach, the Oilers have won five straight games during regular time. The team regained their confidence, once again a peril for any Western Conference opponent. Edmonton moved up to seventh place in the standings, and they are back in the top 3 in the Pacific Division, surpassing Los Angeles.

In the last game, Edmonton defeated one of their biggest rivals, Winnipeg, on the road. McDavid and company led 3-0 after two periods, but allowed the Jets to score twice and get back into the game in the third. The Jets didn't manage to show more – 2-4. Darnell Nurse set the final score by throwing a puck into an empty net. Connor McDavid had a goal and two assists. Leon Draisaitl was limited to 0+1 on goal+assist.

While Edmonton has picked up steam, Minnesota has been sluggish of late. The Wild lost 3-6 to Winnipeg the other day, and in the previous game they failed to cope with the top team in the East, the Florida Panthers. The key moment was a controversial decision by Minnesota coach Dean Evason, who took the goalie off when the score was 2-4 seven minutes before the final siren. Florida immediately scored their fifth and then sixth goals on empty net, 2-6. It is unclear what the Minnesota coach wanted to say with such an early substitution of the goalie for the sixth man.

After losing twice in a row, Minnesota dropped to fourth place in the Western Conference standings. The Wild are already surpassed by not only Colorado, but also Calgary and St. Louis.

In the first game of the season series, Minnesota soundly beat Edmonton on the road, 4-1, in early December.

It is crucial for the Wild not to lose to Edmonton in the upcoming match. The third loss in a row can already be called a bad streak, which is hardly what Dean Evason's team plans to achieve. Winnipeg showed in the third period of the game against the Oilers that the Oilers are not unbreakable. After the Jets scored two goals, Edmonton clearly grew nervous. Minnesota, led by the superb Kirill Kaprizov, who has scored in three of the team's previous four games, is capable of scoring at least one point in Edmonton.

Prediction: Minnesota will not lose in a more or less productive matchup, and Kirill Kaprizov will not leave the ice without scoring.