Edmonton vs Vegas: Betting on the Hosts' Victory 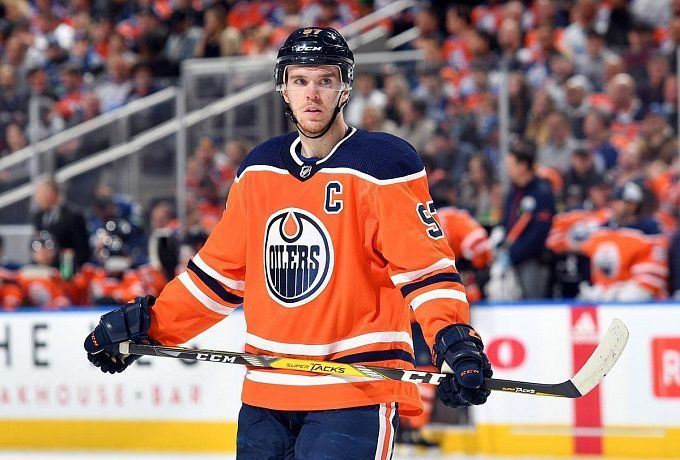 Prediction for the NHL Edmonton Oilers vs Vegas Golden Knights match, which will take place on April 16 at 23:00. Who will be stronger? Check the teams’ conditions and expert betting tips. Several betting options are available!

Edmonton had a very weak first half of the season being in danger of missing the Cup battles. The change of coach allowed the Oilers to transform themselves and return to the playoff zone. They'd already made some progress in February and by March they'd found their form, allowing them to produce solid playoff results. In their last nine games, Jay Woodcroft's charges won seven times and lost twice to Colorado and Minnesota, who are now in a crazy state. Such a strong run allowed Edmonton to move up to the fifth line in the Western Conference standings.

Vegas is a frequent participant in cup battles, but this season they risk missing the playoffs for the first time. The Knights had a decent first half of the regular season but then began to fall apart and lose ground. Their key players suffered injuries, who gradually recovered and returned to the lineup, but lately, the results improved. In the previous nine meetings, the Black and Gold managed to get seven wins and two defeats from Vancouver. Vegas is currently in ninth place in the Western Conference standings.

Edmonton and Vegas had huge problems, but now they've managed to make progress with seven wins in their last nine meetings. Obviously, both teams are in good shape, so we expect a hard-fought showdown, but the Oilers will have a slightly better chance of success, having won nine of their ten home games.

We should not expect high-scoring activity from the upcoming encounter. The reason for that is simple: the tournament motivation. The NHL's regular season is coming to an end, so earning points is much more important now than playing outstanding, entertaining ice hockey with plenty of scoring chances. Now the opponents will try to reduce the risk of mistakes to a minimum. In the last five head-to-head encounters, Edmonton and Vegas have only once surpassed the bookie's total over (25%). Therefore, a total under 6.5 should be a good bet.

Zach Hyman is one of the key players for Edmonton. The Oilers have the stellar Connor McDavid and Leon Draisaitl, but without the former Toronto forward their efficiency would be much lower. Now the 29-year-old player is doing a tremendous amount of the grunt work, thus loosening the hands of the leaders, while also being productive on offense himself. He already scored 50 points (24 goals + 26 assists) in 69 games. In this situation, it is worth looking at a bet on Zach Hyman to score.