Florida Panthers vs Dallas Stars: the Hosts to Win and Score 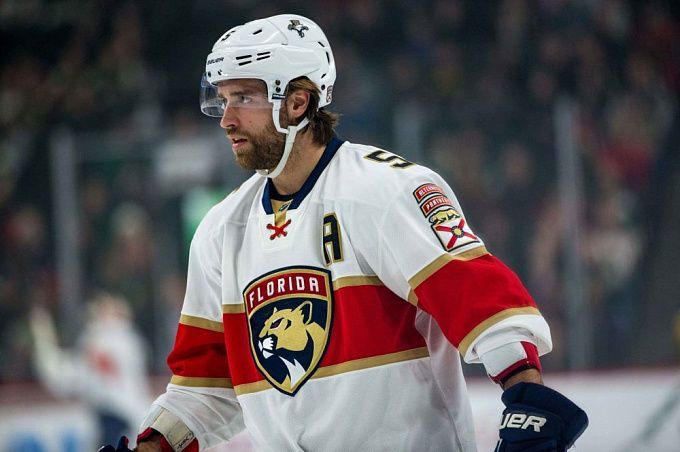 Dallas defeated Florida in their first matchup of the season. Will Andrew Brunette's team get revenge in the upcoming matchup? Check the teams’ conditions and expert betting tips. Several betting options are available!

Florida continues to progress and has had an awe-inspiring regular season. Joel Quenneville left Sunrise in a scandal, but Andrew Brunette continues his legacy with dignity. The Panthers have a few nasty streaks from time to time, but then they have a long winning series to follow. Now the southerners are in great form, picking up points in seven straight meetings, six of which have been victories, and the only loss came in a bright and productive shootout loss to Dallas, 5:6. Such a decisive breakthrough allows Florida to occupy second place in the Eastern Conference standings.

Dallas continues to quickly improve its tournament placing, which has been lesser than average since the regular season. The Stars' first burst of activity came at the turn of November and December when they performed a seven-game winning streak (in regulation time). The team had five losses, but now it could end their losing streak. In the last six games, the Texans suffered only one defeat to St. Louis, 1: n 2, with only victories in the remaining five games. Rick Bowness' team has an up-and-down season that puts them in 11th place in the Western Conference standings, but they still fight to make it into the playoffs.

Florida and Dallas are in great form right now, but the Panthers top the East, while the Stars are still outside the top eight in the West. All that said, Andrew Brunnett's squad is showing more consistent results. What's more, the team has won five home games and scored a season-high 86% of their points. The Texans only earned 30% of their points, the league's worst away team. As a result, I bet on a Florida win.

Aaron Ekblad had a disappointing season last season when he missed a deep stretch because of an injury. Still, he is showing the best playing of his career - defensive duties and offensive skills. In 35 meetings, the Canadian has already scored 32 points (10 goals + 22 assists), and up to the personal record of productivity, he is to gain nine points, although more than half of the regular season is ahead. The player is in great shape, so the optimal option for the prediction seems to be a total over 0.5 points by Aaron Ekblad.

Florida and Dallas recently began to perform surprisingly exciting games. The last match of the previous season ended up with the 5:4 victory of the Panthers, and the first face-to-face battle of the current regular championship remained for the Stars - 6:5. Moreover, now the Southerners are one of the brightest teams in the league. In 36 of their games, 250 goals were scored (6.94 average for the game), which is a solid result even for NHL standards. We have the right to expect a productive game, so it is worth looking at the bet on the total over 6.5.

Ukraine vs Spain Prediction: La Furia Roja to Win and Take the First Place in the Group