Florida Panthers vs Detroit Red Wings: the Red Wings will concede what they did not against Tampa Bay 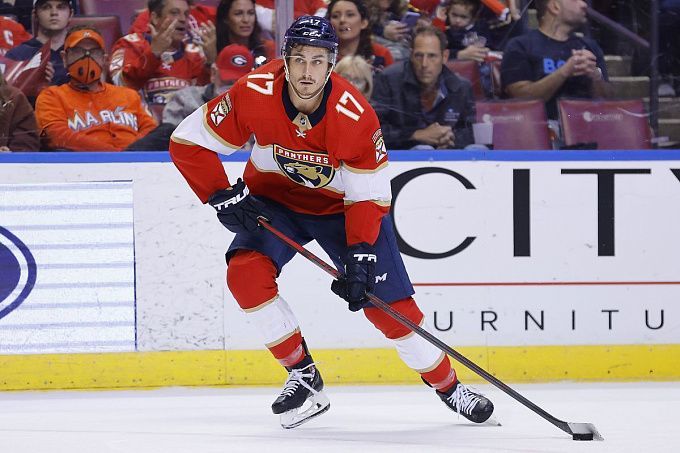 Detroit resisted Tampa Bay as hard as they could but still fell short, 1-3. The Red Wings' next opponent is no easier – Florida."Will the Red Wings lose again? Let's pick a few betting options at once.

By beating Ottawa 3-0 in the previous game, Florida broke the three-game losing streak. The Panthers had lost to Nashville, Columbus, and Edmonton. Andrew Brunette's team seems to have begun preparing for the playoffs and no longer cares much about results.

After the Lightning lost to Pittsburgh, Detroit seemed to have no chance of success – the Lightning would bounce back on the Red Wings. But iy never happened: goalie Alex Nedeljkovic, who saved 35 shots on goal in the end, kept Detroit in the game for a long time. Tampa Bay's defenceman Mikhail Sergachev scored the winning puck midway through the third period. Then Steven Stamkos hit an empty net to make it 3-1. Decent, but expected loss for Detroit.

In the first game of the season series, Florida outplayed Detroit away only in overtime (5-1), at the end of October.

Detroit is unlikely to be able to defend as powerfully as in the fight with Tampa Bay for the second day in a row. All the more, the place in the Red Wings' goal will be taken by Thomas Grice instead of Nedeljkovic, who hasn't been very reliable this season. It means that every puck that wasn't conceded in the previous game will be in the upcoming game. And, of course, Florida will win.

Prediction: Florida will be stronger in a high-scoring match.