Florida Panthers vs Vancouver Canucks: The Panthers are going to be great in attack 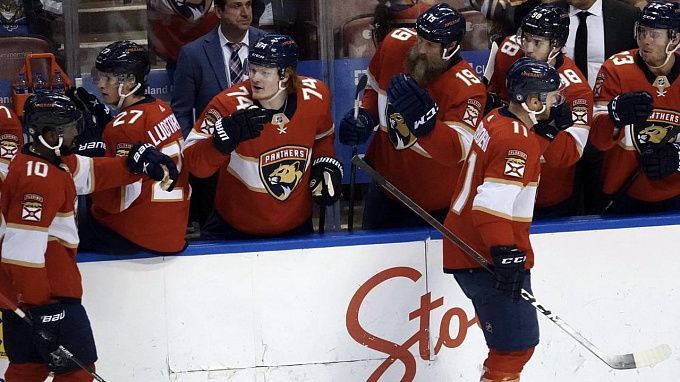 Prediction for the NHL Florida Panthers vs Vancouver Canucks match, which will take place on January 12. Check the team conditions and choose several betting options.

Florida has been performing well, playing in front of their stands. They've managed to play a four-game winning streak, 24:10 overall. It turns out that the Panthers scored an average of six pucks per game and conceded just over two. It's a very impressive statistic.

In their last game, Florida beat Carolina on the road (4:3 including overtime). Thanks to this, the Panthers overtake superior Tampa in the Atlantic Division table and take the leading position. However, the rivals are tied at 51 points, so they can't relax.

Vancouver has been pleasantly surprising lately. In their last five games, the team has managed four wins (4:3 over Columbus, 5:2 over San Jose, 2:1 in overtime over Anaheim, and 5:2 over Seattle). The club cut Edmonton's lead in the Pacific Division standings to three points, four points behind the top four.

Even though Vancouver is in great shape, we'll favour the home team. Florida defeated the Rangers 4:3 and crushed Tampa by nine goals. What could be more convincing? We think that the Panthers will still score points in the upcoming game. Prediction: Individual total of Florida Over (3.5).