Florida Panthers vs Washington Capitals: The Panthers won't allow the Capitals to create a gap in the series 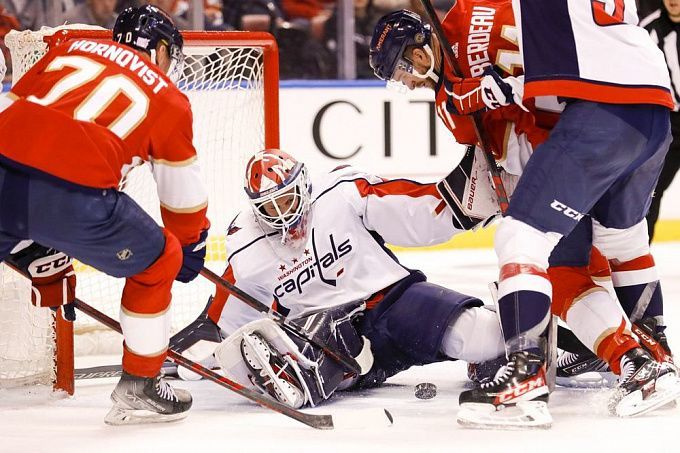 Prediction for the NHL Florida Panthers vs Washington Capitals match, which will take place on May 6. Check the team conditions and choose several betting options.

Florida had a phenomenal regular season, breaking many club records, finishing first in the NHL standings, and winning the President's Trophy. Last season, the Panthers were knocked out in the first round of the Stanley Cup by Tampa Bay. Almost all of Florida's mistakes resulted in goals, while the team failed to use their offensive potential, so they lost the first game of the series (2:4).

Washington became the last club to secure a play-off spot in the Eastern Conference. The first game against Florida proved that the Capitals still intend to fight for the Stanley Cup. Although they lost 1:2 after two periods, three unanswered pucks in the third twenty minutes gave Washington a 4:2 victory.

Florida was widely regarded as the clear favorite, but things did not go in the Panthers' favor in game one. We should not forget that they still have a powerful roster. Moreover, the Southerners beat the Capitals in four of the last five head-to-head encounters. We advise you to bet on the victory of Florida in the second match for 1.64.

In their nine previous meetings, the teams have combined 75 goals (8.33 average per game). The Panthers also have the best regular-season offense with 337 goals in 82 games (4.11 average per game), while the Southerners have allowed 26 goals (5.20 average per game) in their last five games. With that in mind, we suggest betting on a total over 6.5 for 1.94.

Sam Bennett is the most important player on the current Florida squad. In the last regular season, the Canadian scored 49 points (28 goals + 21 assists) in 71 games and scored a goal in his first playoff game. Therefore, we suggest betting on Sam Bennett's Total Over 0.5 for 2.75.