Florida vs New Jersey: The Panthers to avenge the 3-7 against the Devils 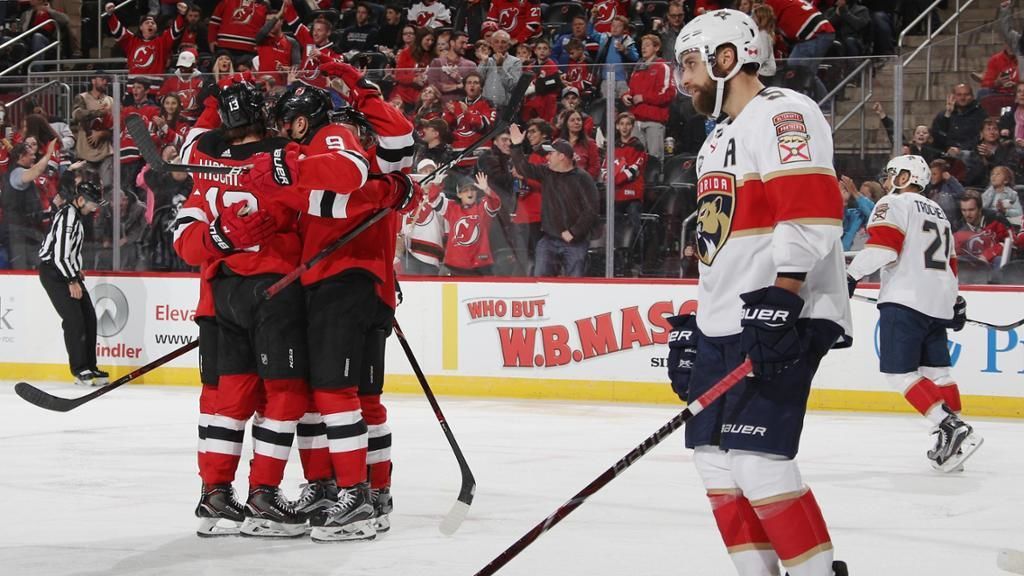 Florida did not spare the New York Islanders, defeating the best team in the East after Tampa Bay in the last two seasons as early as in the first period. The Islanders’ net saw four unanswered pucks. Will the New Jersey Devils also concede a whole bunch of goals from the Panthers? Let's pick a few betting options at once.

As a rule, it tends to be easier to play at home. The Panthers just reaffirmed the proverbial truth once again. 6-1 was the score of their first home match in almost 10 days against the New York Islanders, although they were already quite exhausted after the road trip. The Islanders were playing their 13th away game in a row, so the success of Florida should not be overestimated. Still, 4 unanswered goals in the first period for the second Eastern team is a significant achievement in itself. Therefore, we should not underestimate it. The Islanders proved to be as good in Sunrise as Carolina, who had been very good to start the league, and the Panthers again played like a serious contender for the Stanley Cup.

The New Jersey Devils' recent games revealed what the team lacked in the opening stretch of the championship. It was a full complement of healthy leaders in the lineup. Once goaltender Mackenzie Blackwood recovered and returned to the ice, the team started to play much better. In the last 6 games, including the keeper's season debut, the Devils have had 4 wins and only 2 losses. Blackwood himself has 2 wins and no losses in 4 games. The only loss in regulation time during that stretch was to Boston when Jonathan Bernier defended the goal, who will now return to his customary role as a backup. The Blackwood-Bernier pairing as a prospect looks to be the best in the NHL in general.

The highlight for the Devils this season happened on Mackenzie Blackwood's 2nd and 3rd outings on the ice. The team had a crazy double away performance. First, the young stars of the Devils' offense left no room for the top team of the West, the Florida Panthers, 7-3 - Nico Hischier, Pavel Zacha, and Andreas Johnsson scored a goal each. The Panthers had a high chance to lose that game, but no one really expected such a result.

The next match was time for the goalie to step up. Blackwood broke the New York Islanders, never allowing Barry Trotz's team to score. A shutout and 42 saves. That many. 4-0 – it looks like the Devils are set to make some real noise this season.

The last time the opponents met was as long ago as in April, 2019.

New Jersey is a very progressive team. Of course, the Devils will fight back as hard as they can. But against Florida, they seem to have no chance. All the more after what they did to the Panthers at home – Ekblad, the likes of Eklad, Hornqvist, Huberdeau, and Barkov won’t leave it like that. Ilya Sorokin, the Eagles' backup, was wiped out by the Panthers in the first period. The upcoming match is going to give quite a clear answer to the question asked by many: to what extent Mackenzie Blackwood is already capable of stopping the best of the best so far.

Prediction: the Panthers will suffer a little more than their usual at home, but will confidently handle the Devils.