Florida vs Tampa Bay: Lightning will wrap up the series with a scoring battle 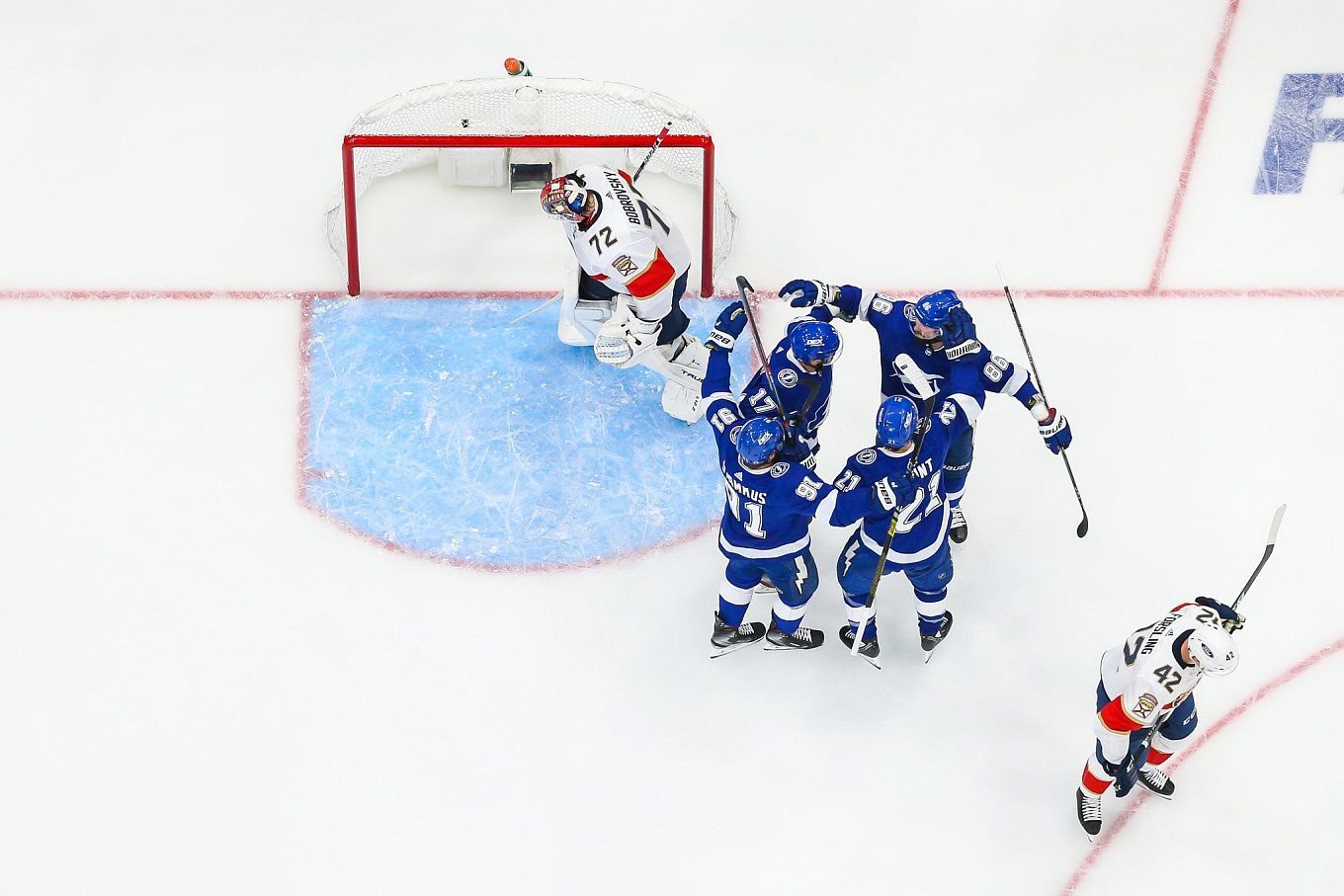 Florida and Tampa Bay have combined for 32 goals (8.00 average per game) in the first four games of the series. Will the opponents once again be able to please hockey fans with a similarly productive battle? We think there will be no problem with goals again.

Joel Quenneville’s men have made tremendous progress in the last year, they managed to make the playoffs, and they could do so from second place in the Central Division, but they had to take on the reigning Stanley Cup champions, whose leaders have been preparing for a cup run in a planned fashion. There is no complaint against the Panthers, they have battled in every game, but that has so far only been enough to secure exactly one win, and they have failed on three occasions. Yes, Florida are one step away from relegation, but they should not be ashamed of this season.

Tampa Bay are the reigning Stanley Cup winner, which in itself says a lot about this team. Yes, Nikita Kucherov missed the whole regular season and Steven Stamkos played only in several games, but they came to the playoffs in good shape, which they demonstrated from the very first games. The main thing is that John Cooper has instilled in them the character of winners, so now they can snatch victories in the last minutes, as it was in the first battle, and after losing the third battle they did not panic, but defeated Florida in the fourth game 6-2, after which Tampa Bay have one victory to go to the next round.

The playoffs are a time of serious, intense and close games when teams try to play as defensively as possible and minimize the risk of mistakes. That’s certainly true, but Florida and Tampa Bay are unaware of that, which makes us very happy. In the four initial meetings of the series, the rivals jointly scored 32 pucks (8.00 average for the game), and now the Panthers have nothing to lose, they will attack in front of their fans, and the Lightning are always ready to show themselves on offense, therefore, we suggest betting on Total Over 6.5 pucks with odds about 2.45.

Of course, Tampa Bay are the favourite for the upcoming clash. They allowed Florida to win the third game of the series, but in the fourth battle, they defeated the Panthers 6-2, demonstrating that one misfire will not embarrass them in any way. In the neighbouring series, Nashville and Carolina tighten their confrontation, so the Lightning now would be very helpful to finish their series as soon as possible to get a serious advantage in the physics over their opponent in the final of the Central division, so we suggest betting on the victory of Tampa Bay with odds about 2.40.

Kucherov played his last game before the start of the current playoffs on September 29, when he delivered the opening goal against Dallas, after which he skated with the Stanley Cup in his hands. Such a long downtime had no impact on the Russian forward who returned as good as new, and in the first four games of the series with Florida, he scored 9 points (3 goals + 6 assists). With the current form of the 27-year-old player, it is worth looking at a bet on Nikita Kucherov’s goal with odds of around 2.70.