Florida vs Washington: the Panthers to Take a Step to the Next Round 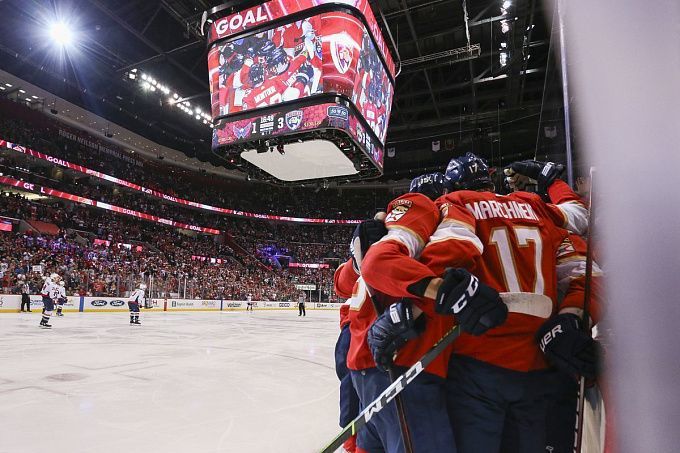 Prediction for the NHL Florida Panthers vs Washington Capitals match, which will take place on May 12. Check the team conditions! Several betting options are available.

Florida had an unsuccessful start in the series with Washington - on their ice losing the first game (2:4). Then the Panthers managed to take revenge (5:1), but in the third game they failed tremendously (1:6). Thus, the fourth game was incredibly important for Andrew Brunnette's team - if they lost, they wouldn't have the right to make any more mistakes. The game was going like this as Florida trailed by one goal just a couple of minutes before the final buzzer, but Sam Reinhart put the game into overtime and Carter Verhaeghe sent the winning puck and leveled the score in the series.

Most people buried Washington before the start of the series, but they put up a decent fight against the best team in the East in the regular season. The Capitals look very solid due to their experience. Had Peter Laviolette's team still taken Game 4, they would have been one win away from advancing to the next round. But that is the guess and the psychological advantage is now clearly not on Washington's side.

After a slight but very important comeback in game four, Florida has the psychological advantage. In addition, the fifth meeting will be held on its ice - there is also a factor of fans' support. After all, to lose their fifth game and go to Washington without a margin for error is, to put it mildly, a distressing prospect.

We think that Florida will find a way to beat Washington in the upcoming game. We do not exclude that the series can last until the seventh meeting, but we prefer the Panthers, who will be in the heat playing with the support. We're betting on them to win within regular time.