Islanders vs Pittsburgh: New York will not give up the win 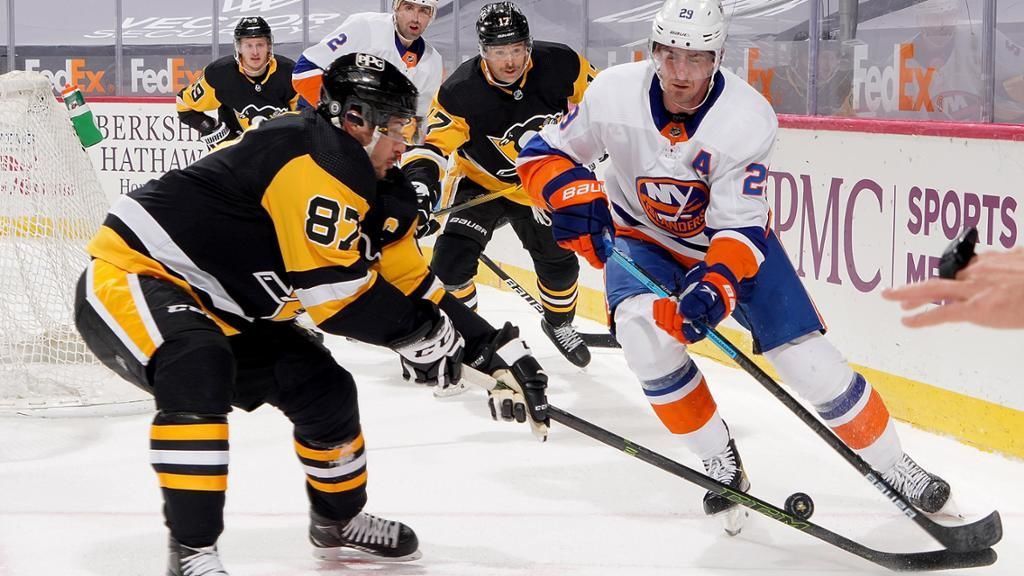 The Islanders are one step away from reaching the divisional final as they lead 3-2 in the series with Pittsburgh and will take on their opponent in game 6 at the Nassau Coliseum. Will Barry Trotz’s squad be able to follow through, leaving the powerful Penguins just outside the play-offs? Here are a few bets on the upcoming encounter.

Islanders turned the tide of the series

After the third game in New York, which ended in a 4-5 defeat for the Islanders, it seemed difficult for Barry Trotz’s team to get back into the series. In that game, as soon as the Islanders managed to tie the game, Pittsburgh easily regained their position. The final victory allowed the Penguins to regain the home-ice advantage, putting their opponent in a difficult position.

In the next game, the fourth in a row, the Islanders secured a confident 4-1 win, but it did not matter. The 5th game, the key game in the battle, was to be played between the opponents in Pennsylvania. Here the Islanders finally showed their character, so typical of Barry Trotz’s team in recent seasons like no other in the league. The Penguins took the lead twice, but after Malkin’s goal early in the first period Anthony Beauvillier scored near the end of the period; and after Rust’s puck in the second period Jordan Eberle scored in the opening third.

The regular time ended in a tie; the teams also didn’t score in the 20 minutes of the first overtime period. Early in the second, however, Josh Bailey scored, giving the Islanders a crucial win. The Islanders held their opponents to a 50-26 advantage in shots on goal and used their chances to the best of their abilities. The New Yorkers reminded themselves of what they are and now go to the home ice to close out the series.

The Penguins have already given up home-ice advantage twice in this series, first by losing the first game and then just in the fifth. As if the second failure wasn’t fatal in the end. All the same, it’s hard to say anything against Mike Sullivan’s team. First of all, they still have a chance to win the game. Second, their opponent is the Islanders. This is the kind of team with which you can’t let your guard down for even a minute. The feeling that you’ve already beaten them can often be deceptive.

Game 6 of the series may be Pittsburgh’s last of the season, so it’s worth summarizing some of the results. With Jeff Carter, the Penguins’ roster does look very strong. That said, there’s a certain lack of balance in the roster, which will require more time. This team still has that time. Crosby and Letang are 33 and Evgeni Malkin is 34. Everyone else, not counting Carter, is under 30. So the Penguins have a good chance to play even 2-3 seasons in that lineup. Why not? They have everything they need to win.

It will be very difficult for Pittsburgh to take the series back to Pennsylvania. The Islanders probably won’t let up. They didn’t snatch an overtime win in Game 5 to go back to Pittsburgh for Game 7.

The upcoming meeting will develop slowly, will be cautious and low-scoring. In such hockey, it will be much easier for the Islanders than for their opponent. The Islanders will not let their side down.