Los Angeles Kings vs San Jose Sharks: The Kings will beat the Sharks in front of their own stands 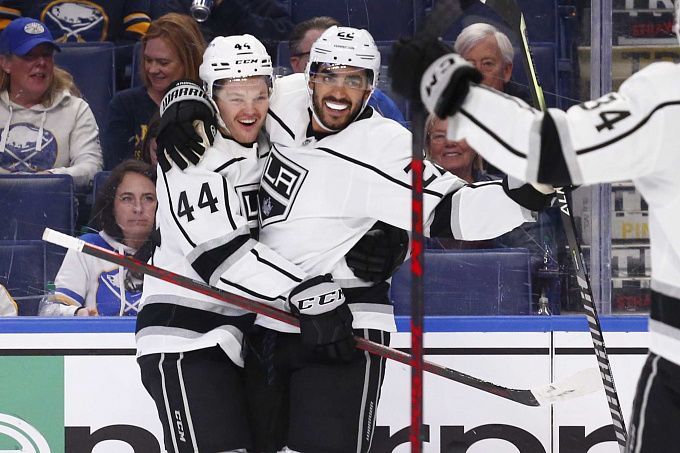 Los Angeles has won three games. They beat Columbus 4:3, Buffalo 3:0 and Boston 3:2 in overtime. The Kings added six points, increasing their lead over third-placed Vegas in the Pacific Division table by a small margin (one point to three).

San Jose had already lost all hope of making the playoffs. The Sharks are 16 points behind the team in the play-off zone. In theory, they could catch up, but with the game, they're showing, it's impossible. In their last five games, the Sharks have scored only three points out of a possible ten, so they can settle for only the penultimate spot in the Pacific standings. San Jose lost to Anaheim in overtime (2:3) in their last meeting.

We have more sympathy for Los Angeles than San Jose. The Kings are in great shape and we don't think they will lose to an outsider when they play in front of their stands. The Sharks have a poor away game, a six-match losing streak proving that. Overall, the Kings will get two points at home without too much trouble. Prediction: Los Angeles win.