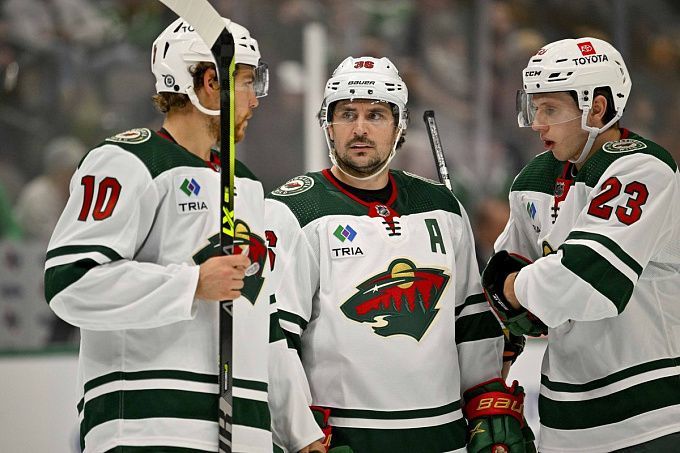 Prediction for the NHL Minnesota Wild vs Seattle Kraken match, which will take place on November 4. Who will turn out to be stronger? Check the team conditions! Several betting options are available.

Minnesota comes into the game against Seattle in excellent shape. The team earned eight points in its previous five games, defeating Montreal, Ottawa, and Chicago twice. The only game where the Wild lost was against Detroit on the road (1:2). Thus, they climbed into seventh place in the Western Conference table and third in the Central Division with 11 points. Also worth mentioning is Kirill Kaprizov, who has already gained 13 points this season, scoring eight goals and making five assists.

This season, Seattle improved from their past results. At the end of 11 games played, they're in the top 4 in the Western Conference and top-3 in the Pacific Division, with 12 points. However, a big question is whether the Krakens can keep the bar high as a favorite throughout the regular season. Seattle comes to the matchup with Minnesota after beating Pittsburgh (3:1) and Calgary (5:4).

Bookmakers do not believe in the success of the visitors, which will only play to our advantage. Yes, Minnesota is more impressive than Seattle, considering the teams' performances last season, but the Kraken can fight back against any opponent (Calgary and Pittsburgh can't lie). In addition, they beat the Wild in goal difference, points scored, regular season wins, and other things. In general, the favorite of the upcoming meeting is Seattle, but just in case, we will bet on non-loss.

Florida Panthers vs Los Angeles Kings Prediction: No Remedy for the Panthers

NY Rangers vs Vegas Prediction: the Win of the Hosts

Carolina vs San Jose Prediction: the Sharks are Hardly Motivated

Toronto vs Ottawa Prediction: the Visitors to Fail Again

NY Islanders vs Detroit Prediction: the Hosts to Improve