Minnesota Wild vs Carolina Hurricanes: The Wild have the same chance of success 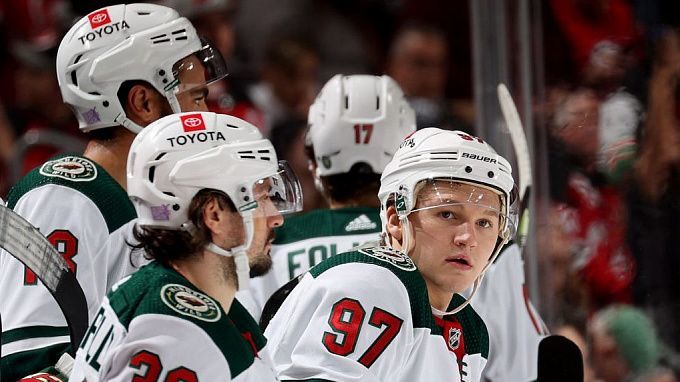 Prediction for the NHL Minnesota Wild vs Carolina Hurricanes match, which will take place on February 13. Check the team conditions and choose several betting options.

While Carolina has played three games after the break, Minnesota has played just one game so far. On the road, Dean Evason's team lost 0:2 to Winnipeg. The Jets' goalkeeper Connor Hellebuyck had a brilliant game, and it was important for Winnipeg as a whole to win, considering the 1:7 loss to the Wild in mid-November.

Kirill Kaprizov and company don't have much chance to go far in the playoffs, but the Wild are having a great regular season. Minnesota is 3rd in the West, behind only Nashville and Colorado in points scored, and only the Avalanche are ahead of the Wild in losses.

The Hurricanes began their road trip after the break with a game in Toronto, where they managed to score one point, losing to the Maple Leafs only in overtime (3:4). Then Rod Brind'Amour's team lost in back-to-back games to the Senators in Ottawa with a score of 3:4. And then, after returning from Canada to the United States, they were highly successful in Boston for the second time this season, making it 6:0 after going 7:1 there in mid-January. No one has played so well against the Bruins on their ice in a long time.

In total, Carolina already has 32 wins in 45 games this season. Like Minnesota, the Hurricanes are 3rd in their conference. Only Florida and Tampa Bay are ahead of the team.

Minnesota and Carolina are engaging, exciting, but still very unstable teams. The Hurricanes are a little more experienced and could probably go further in the playoffs, but it's a regular-season in which momentary factors often play a decisive role. While the Hurricanes have a 4th away game, Minnesota hasn't played in 3 days. The freshness will play to the Wildcats' advantage and motivation. Carolina might lose their concentration after their upset win over Boston, while the Wild, on the other hand, will be more focused after their failed away win over Winnipeg.

Prediction: This game will be more or less even, with a slight advantage for Minnesota.